Manchester United will be looking to climb up to third in the table when they take on Arsenal on Sunday afternoon. Here is our predicted line-up. 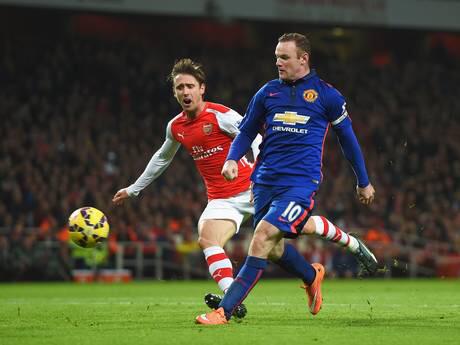 Manchester United will be looking to climb up to third spot in the Premier League table when they take on Arsenal at Old Trafford on Sunday afternoon. Here’s the starting XI we think Louis van Gaal will go with:

Goalkeeper: David de Gea has been United’s most consistent performer this season and is certain to start in goal once again this weekend.

Defence: Chris Smalling is a doubt after picking up a muscle injury during last weeks 2-1 win at Crystal Palace so Jonny Evans is on stand-by to step-in at the back.

Luke Shaw was also forced off at Selhurst Park with a facial injury but van Gaal is confident the defender will be fit to start at left-back. Antonio Valencia should keep his place at right-back with Rafael out injured while Phil Jones is likely to start ahead of Marcos Rojo.

Midfield: Michael Carrick is out for the season but Daley Blind made a successful return to action last week and will therefore keep his place in midfield. Ander Herrera and Marouane Fellaini are also expected to retain their places.

Attack: Robin van Persie is struggling with illness so we’ll have to wait and see whether he’ll be fit to face his former side on Sunday. Wayne Rooney was substituted at half-time against Palace because of a dead leg but the striker is expected to be passed fit to lead the line against the Gunners.

Angel Di Maria is a doubt with a knock but Juan Mata and Ashley Young are likely to start on the wings even if the Argentine is passed fit. 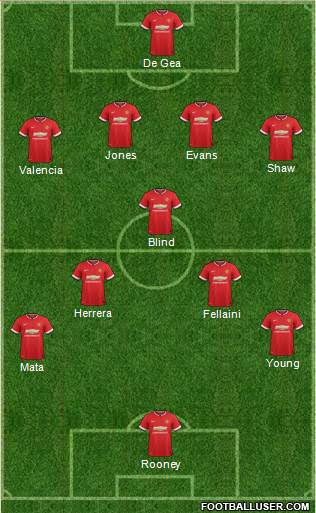