Arsenal scored a late equaliser to rescue a point thanks to a 1-1 draw with Manchester United at Old Trafford on Sunday afternoon. Here are Arsenal ratings 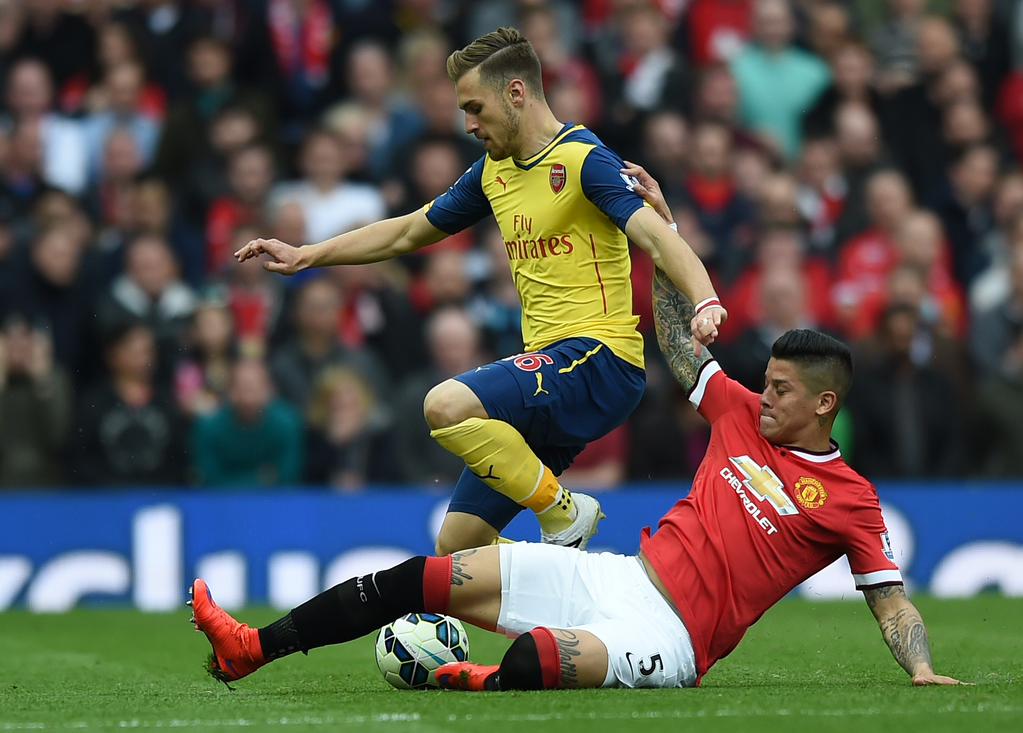 Arsenal scored a late equaliser to rescue a vital point thanks to a 1-1 draw with Manchester United at Old Trafford on Sunday afternoon.

United opened the scoring in the first half when Ander Herrera volleyed home Ashley Young’s deep cross before Theo Walcott forced Tyler Blackett to put through his own net in the 82nd minute.

Here are Gooner Mac’s ratings for the Arsenal team:

Ospina  6/10 | Arguably at fault for the United goal as he was beaten far too easily at his near post. Was otherwise solid enough.

Bellerin  5.5/10 | Should have done more to prevent Young’s cross which led to their goal. His pace got him out of trouble a few times.

Mertesacker   6.5/10 | A reasonably comfortable afternoon for the big German.

Koscielny  6.5/10 | Dealt with the threat of Falcao and was probably our best defender once again.

Monreal   6/10 | At fault for the goal as he drifted in to the middle to try and deal with Fellaini but left  Herrera free to score.

Coquelin   6.5/10 | Failed to track Fellaini in the build-up to their goal but was otherwise good, making numerous interceptions.

Cazorla   6/10 | Disappointing game from the Spaniard. His passing was a little off and he failed to have any real influence in our attacking play.

Ramsey   7.5/10 | A frustrating first half but he came alive after the break – especially when he moved into a central position where he caused plenty of problems.

Ozil   5.5/10 | Drifted in and out the game but was nowhere near as influential as we’d have liked.

Alexis   6/10 | Worked hard as usual but his final product was lacking at times.

Giroud   6/10 | Missed two glorious chances to score but showed some neat touches around the box and was a threat.

Wilshere 6.5/10 | Another impressive cameo off the bench from Jack.

Walcott 6/10 | His cross led to the goal and he provided some much-needed pace down the wing.

The result means we remain two points clear of United in third and can therefore wrap-up automatic Champions League qualification with a win over Sunderland on Wednesday night.