Arsenal take on Sunderland at the Emirates Stadium on Wednesday night. Here’s a preview with team news, likely line-ups, prediction and betting tips.

Arsenal will be looking to secure third spot in the Premier League table when they take on Sunderland at the Emirates tonight.

We head into the game sitting two points clear of Manchester United after our 1-1 draw at Old Trafford on Sunday afternoon so can wrap-up automatic Champions League qualification with a positive result this evening.

A draw is likely to be enough as we boast a +7 goal difference advantage over the Red Devils but a win would not only guarantee third, but it would also give us an outside chance of sneaking second ahead of Manchester City.

However, Sunderland aren’t going to make life easy for us as they arrive in North London desperate for the point they need to secure their top flight status for another season.

Dick Advocaat’s team sit 16th in the table – three points above 18th-placed Hull – but with the Tigers holding a superior goal difference, the Black Cats still need a point to ensure they’ll remain in the Premier League so they’ll be fighting for their lives ahead of their trip to Chelsea on the last day of the season.

Laurent Koscielny is struggling with the flu and while he was able to train yesterday, Arsene Wenger may decide to rest him tonight so Gabriel is on stand-by to fill in.

Mathieu Debuchy remains unavailable as he’s still not back in full training following a hamstring injury so Hector Bellerin will start at right-back once again.

Alex Oxlade-Chamberlain and Danny Welbeck are also unavailable and they’re facing a race against time to prove their fitness ahead of the FA Cup final.

Jack Wilshere and Theo Walcott are pushing for recalls after impressing off the bench against United, and Santi Cazorla could be rested if Wenger wants to make any changes for the first time in six matches.

Sunderland are likely to be without defender Billy Jones after he picked up a muscle problem in the goalless draw with Leicester.

Wes Brown, Jordi Gomez and Ricky Alvarez all remain sidelined through knee injuries’ while Jack Rodwell is a doubt with a hamstring problem. 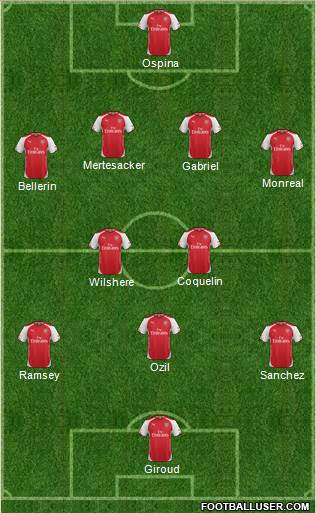 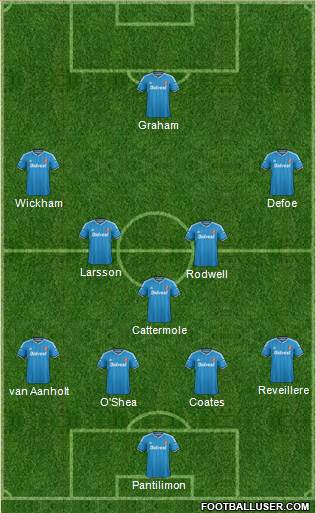 Arsenal 2-0 Sunderland: We had an excellent home record up until the Swansea defeat so I’m sure the manager and players will want to get things back on track tonight. Sunderland haven’t won any of the last 10 meetings between the two clubs but they have picked up three 0-0 draws in their previous seven visits to the Emirates and I’m sure they’d jump at the chance of making it four tonight.

However, I think we should have far too much firepower in attack for the visitors to handle so I’m going to back the boys to secure a 2-0 victory.

Arsenal are the 3/10 favourites to win the game but if you want a little more value, Football-Talk can get you enhanced odds of 4/1 on an Arsenal win, plus you get money back if you lose and £100 in free bonus bets.

My 2-0 prediction is on offer at 6/1 while I also like the look of Alexis Sanchez to open the scoring at odds of 7/2. If we combine those bets in a scorecast then we get very tempting odds of 14/1. Surely that’s got to be worth a couple of quid!?