Manchester United have beaten off stiff competition to wrap-up the signing of highly-rated Belgian goalkeeper Ilias Moutha-Sebtaoui, according to reports.

As the opening of the summer transfer window approaches, managers are working hard identifying targets and lining-up potential deals so we’ll bring you all the news and gossip. Today, Manchester United have signed Ilias Moutha-Sebtaoui… 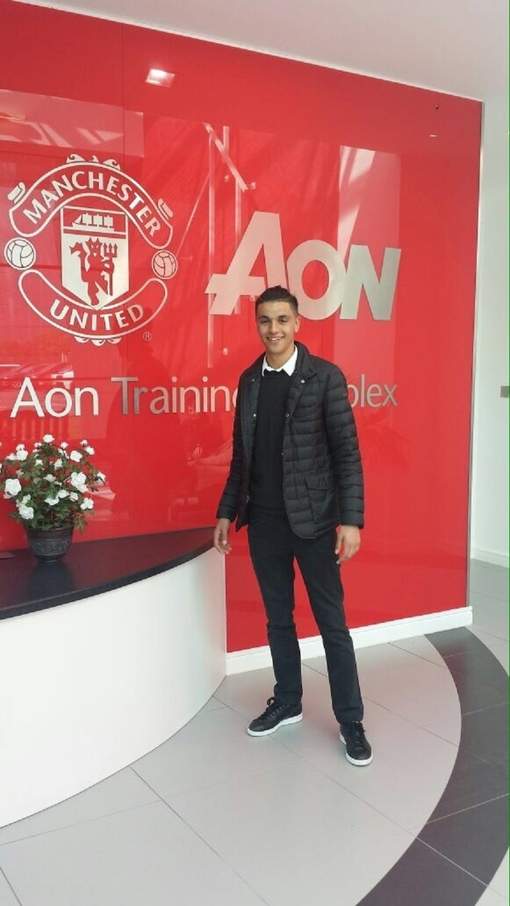 Manchester United have beaten-off competition from Chelsea to wrap-up the signing of highly-rated Belgian goalkeeper Ilias Moutha-Sebtaoui, according to reports.

The 16-year-old has emerged as one of Belgium’s hottest prospects after impressing in the Standard Liege youth team this season.

His excellent form led to interest from a whole host of top clubs with the likes of Chelsea, Newcastle and Anderlecht all reportedly sending scouts to watch him in action in recent months.

However, it appears Man Utd have won the race as ESPN are reporting that Moutha-Sebtaoui has now agreed terms over a move to Old Trafford and has penned a three-year deal after completing his medical this week.

The youngster can be seen above standing for a photo at United’s Carrington training complex while the image below shows him posing in-front of an image of Ryan Giggs in his new kit.

Moutha-Sebtaoui is set to join United’s under-18’s youth side next season to continue his development with the hope of progressing through the ranks to hopefully break into the first team set-up over the coming years.

The imposing keeper is eligible to play for Morocco, but he has already represented Belgium at under-15 and under-16 level so he’ll join fellow Belgian international’s Marouane Fellaini and Adnan Januzaj on the books at Old Trafford. 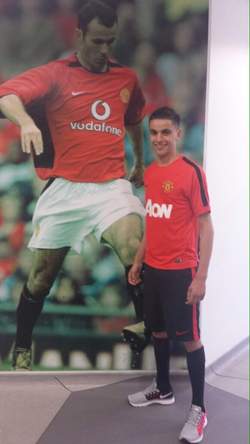