As the opening of the summer transfer window approaches, managers are working hard identifying targets and lining-up potential deals so we’ll bring you all the news and gossip. Today, Man Utd are ready to push ahead with a move for Mats Hummels…. 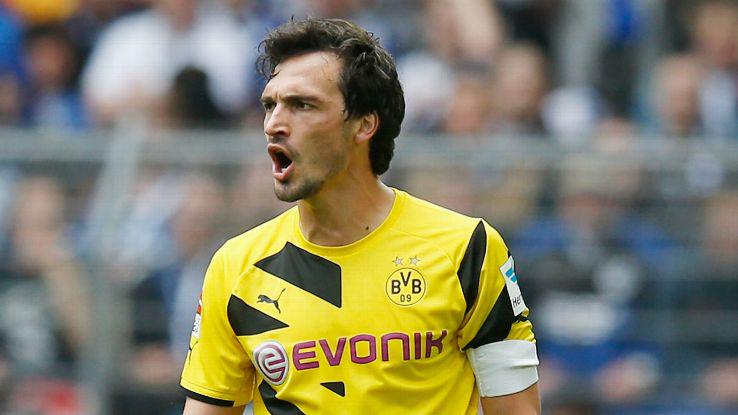 Manchester United are ready to push ahead with a move for Mats Hummels this summer while Louis van Gaal is also monitoring Ilkay Gundogan and Paul Pogba, according to the Telegraph.

United have secured their return to the Champions League next season and despite the fact they will still need to navigate a tricky play-off before reaching the group stages, it seems Louis van Gaal is pressing ahead with his summer transfer plans.

A key priority for the Dutchman is understood to be signing top class central defender and German international Mats Hummels is reportedly a key target after previously hinting he’s looking for a new challenge after a disappointing campaign with Borrussia Dortmund.

Reports in some sections of the media on Thursday morning suggested that the 26-year-old had snubbed a potential move to Old Trafford and decided to remain at Dortmund after the clubs sporting director Michael Zorke said they were ‘planning ahead’ with Hummels.

However, the Telegraph claim that United have yet to concede defeat in their attempts to land the World Cup winner and will press ahead with their plans to try and lure him to Old Trafford as they’ve been given no indication from the players camp that he will reject a move to England.

We’ll have to wait and see how Dortmund react should United come in with a formal offer at the end of the season but much will depend on whether Hummels plans to remain in Germany or push for a move abroad.

There’s little doubt he would be an excellent addition for the Red Devils if they could pull it off as he’s the type of defender van Gaal could build his defence around for next season.

Another area the United boss is keen to strengthen is central midfield and it appears van Gaal is also lining-up potential target in that department too.

As we reported earlier, United are showing a keen interest in Bayern Munich ace Bastian Schweinsteiger but the Telegraph claims that van Gaal is also keeping a close eye on Ilkay Gundogan and Paul Pogba.

Gundogan is probably the most realistic target as he’s set to leave Dortmund this summer after refusing to sign a new contract and with his deal about to enter it’s final year, he should be available at a reasonable price.

Pogba would obviously be a sensational signing but I personally don’t see the French international heading back to Old Trafford after walking away from the club on a free transfer in 2012.

It’s gearing up to be another exciting summer of transfer activity at Old Trafford so we’ll have to keep a close eye on developments over the coming weeks….