According to Sky Sports News sources, Liverpool are set to stick by under-fire manager Brendan Rodgers despite their embarrassing 6-1 defeat to Stoke City 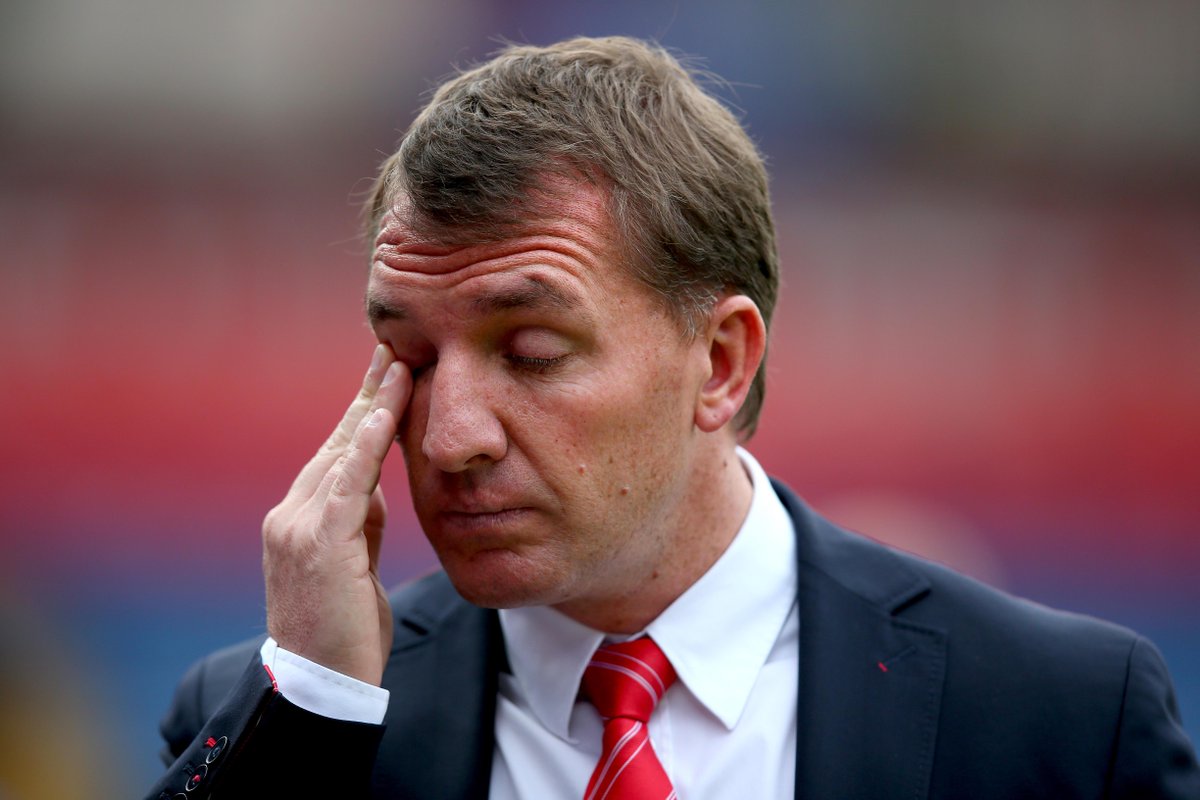 According to Sky Sports News sources, Liverpool are set to stick by under-fire manager Brendan Rodgers despite their embarrassing 6-1 defeat to Stoke City on Sunday.

The Reds were pushing for a top three finish just a few weeks ago but a poor run-in saw them fall out of the top four reckoning and they ended the season down in sixth position after a humiliating 6-1 defeat at Stoke yesterday afternoon.

The loss was the final straw for many Liverpool fans with social media sites filled with supporters calling for the Northern Irishman to be sacked by the clubs owners when they meet for an end of season review this week.

Rodgers insisted after yesterday’s defeat he’s still the best man for the job but admitted there was little he could do if the owners decided to sack him. He told reporters:

“I’ve always said that if the owners want me to go, then I go. It’s as simple as that.

“But I still feel I’ve got a lot to offer the club. A lot has happened this year which has made the job difficult, but I totally understand that.

“We finish in sixth position, which is where we deserve to finish. It’s a big, big summer ahead. We lose Steven after today and you’ve seen again his inspiration in the team to get a goal. We’ve got a hell of a lot of work to do.

“I think it’s clear, you look at our goals over the course of the season and [the lack of goals] has been the major contributing factor.

“I’ve had to look at different ideas and different ways to make the team create and score more.

“We’ve taken our beating today. Stoke were better than us, especially in that first half. Second half we were much better and much more authoritative in the game, but still we can’t take much away from losing 6-1.”

Bookmakers have slashed the odds on Rodgers been given the boot with former Borussia Dortmund coach Jurgen Klopp the 5/4 favourite with some betting companies to take over at Anfield.

However, it seems the Liverpool owners are ready to give Rodgers another chance as Sky Sports News claim that sources close to the club have told them that FSG have no intention of sacking their manager despite a disappointing campaign.

We’ll have to wait and see whether that turns out to be the case, as things can change very quickly in football. The owners may not currently have any plans to change manager but their out-look could change depending on how talks go at the end of season review.

So we’ll have to await further updates over the coming days but it seems as of now, Rodgers will be the man to take Liverpool forward into next season.