Manchester United have made initial contact with Bayern Munich over a potential deal to sign Brazilian international defender Dante this summer.

As the opening of the summer transfer window approaches, managers are working hard identifying targets and lining-up potential deals so we’ll bring you all the news and gossip. Today, Manchester United are linked with Dante…. 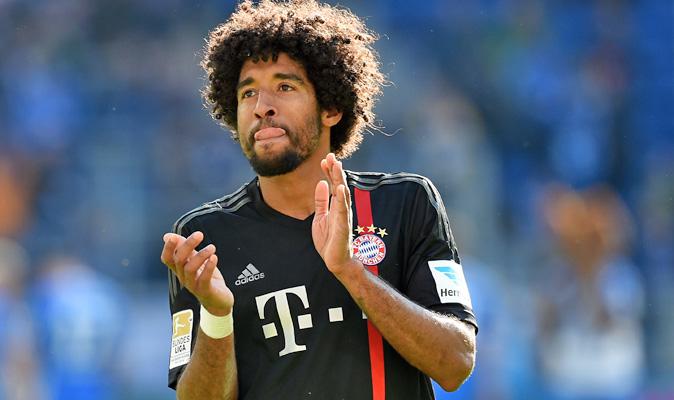 Manchester United have made initial contact with Bayern Munich over a potential deal to sign Brazilian international defender Dante this summer, according to reports in Italy.

United boss Louis van Gaal is expected to be busy in the transfer market over the coming months as he looks to build a squad capable of challenging for the Premier League and Champions League’s trophies next season.

A new central defender is understood to be a key priority for the Dutchman and the likes of Mats Hummels and Nicolas Otamendi have been strongly linked with a move to Old Trafford in recent weeks.

However, it appears a new name is now on van Gaal’s radar as Italian outlet Tuttomercatoweb claim United have made first contact with Bayern Munich about a possible deal for centre-back Dante.

The experienced defender has been at the Allianz Arena since 2012 and has played a key role in their recent success, with the 31-year-old’s presence at the back helping the German giants lift 3 Bundesliga titles and 1 Champions League.

But despite cruising to another title this season, Pep Guardiola’s side have come under scrutiny in recent months and there has been talk of a revamp at the club, so Bayern could be willing to cash-in on Dante this summer.

The Brazilian international is still under contract until 2017 but the report suggests that United are now lining-up a firm offer, so it will be interesting to see how Bayern respond once the bid is put on the table.

I personally think United should be targetting a younger centre-back as Dante turns 32 in October but there’s no denying he’s a top quality player and would be an upgrade on the likes of Jonny Evans and Phil Jones, so he’d still be a decent signing if they do manage to lure him to Old Trafford.