Manchester United appear to have beaten off competition from Chelsea for the signature of Nicolas Gaitan after agreeing a €30m deal with Benfica.

As the opening of the summer transfer window approaches, managers are working hard identifying targets and lining-up potential deals so we’ll bring you all the news and gossip. Today, Man Utd close in on Nicolas Gaitan…. 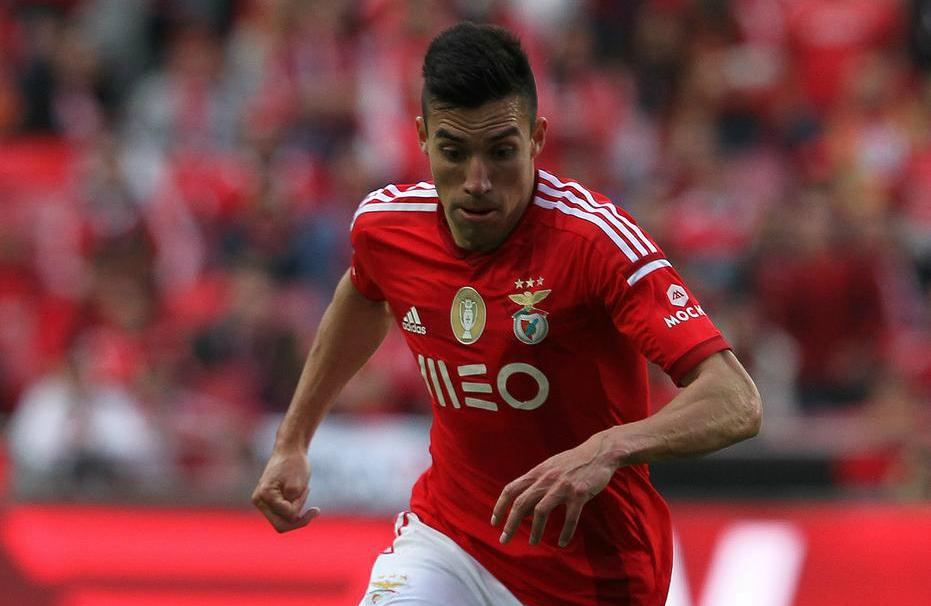 Manchester United appear to have beaten off competition from Chelsea to the signature of Nicolas Gaitan after reportedly agreeing a €30m deal with Benfica with the transfer due to be officially announced on Friday.

Gaitan has just enjoyed another impressive campaign with the Portuguese giants with his 4 goals and 16 assists in 36 games helping Benfica land the Portuguese Primeira Liga title, but he’s been linked with a move to England in recent weeks.

Reports earlier this week suggested that the clubs president Luis Filipe Viera had flown over to the UK to hold formal talks with Manchester United about a potential deal for Gaitan as he looked to raise some much-needed funds.

Subsequent speculation claimed that Chelsea were plotting to hijack United’s move with Jose Mourinho supposedly ready to offer defender Wallace as part-exchange  for the attacking midfielder.

However, it appears the Premier League champions have missed out as the Express are citing reports coming from Portuguese newspaper Abola – who claim that United have now agreed a €30m (£21m) deal to sign the Argentinean international this summer.

United have long been linked with Gaitain with their interest dating back to when Sir Alex Ferguson was in charge, but it looks like they’ll finally get their hands on the winger with the report suggesting that the transfer will be formally announced after the Taca da Liga final on Friday night.

We’ll have to wait and see how much truth there is behind this news but if true, Gaitan would become United’s second big-money signing of the summer after the club wrapped-up a deal for Dutch attacker Memphis Depay earlier this month.

Gaitan is predominantly played as a left-sided attacking midfielder but he’s also capable of playing on the right or through the middle, so he’ll give van Gaal plenty of options in attack if he does end up making the move to United.

He’d also become the third Argentinean international on the books at United as Gaitan would join compatriots Marcos Rojo and Angel Di Maria at Old Trafford.