Louis van Gaal has drawn up a five-man shortlist of targets as Manchester United look to bring in two new defenders to Old Trafford this summer.

As the opening of the summer transfer window approaches, managers are working hard identifying targets and lining-up potential deals so we’ll bring you all the news and gossip. Today, Louis van Gaal’s defender shortlist is revealed…. 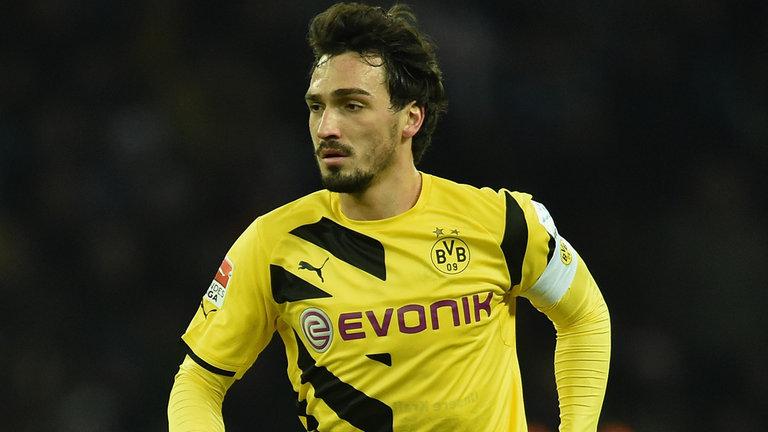 Louis van Gaal has drawn up a five-man shortlist of targets as Manchester United look to bring in two new defenders to Old Trafford this summer, according to reports.

Van Gaal is expected to be busy in the transfer market once again this summer after securing United’s return to the Champions League with a fourth-placed finish last season.

While the Dutchman is likely to try and strengthen throughout his squad, defence is understood to be a key area of concern and it looks like the 63-year-old has already drawn up his shortlist of key targets.

A new right-back is believed to be a main priority for van Gaal as he clearly has no faith in Rafael and Antonio Valencia was forced to deputise in an unfamiliar position last season.

Southampton star Nathaniel Clyne has been strongly linked with a move to United in recent months but widespread reports today claim the Red Devils have withdrawn their interest in the 24-year-old England international.

Alves is expected to leave the Nou Camp when his contract expires next month while van der Wiel’s future in Paris is also uncertain, and it appears both players are now on van Gaal’s radar.

If United want a short-term fix, then 32-year-old Alves would be an excellent addition but if van Gaal wants someone for the long-term then he may be better off opting for the young van der Wiel who at 27, still has plenty of years ahead of him.

A new top class centre-back is also on the agenda at Old Trafford and the Daily Star claim that United’s top two targets are Mats Hummels and Nicloas Otamendi.

Hummels has long been linked with a move to United but with rumours suggesting he’s ready to commit his future to Borussia Dortmund after tonight’s German Cup final, reports have emerged claiming they have lined-up Otamendi as a possible alternative.

The Argentinean international has just come off the back of another excellent campaign with Valencia and there has been talk that the 27-year-old has already told team-mates he wants to move to Old Trafford this summer.

Any potential deal wont come cheap though as Valencia are expected to demand the full value of Otamendi’s €50m release clause, so the Daily Star suggest that United have lined-up Bayern Munich’s Dante as a fall-back option.

So based on this report, it looks as though van Gaal’s preferred choice of centre-back is Hummels, with Otamendi his second choice and Dante third choice. Any of the trio would be excellent additions for United so it will be interesting to see which, if any, van Gaal is able to pull off this summer.

United weren’t far away from being genuine title challengers last season with their defence letting them down on more than one occasion, so if they could bring in two of their key targets at the back this summer, then we may see them back challenging at the top next year.