As the opening of the summer transfer window approaches, managers are working hard identifying targets and lining-up potential deals so we’ll bring you all the news and gossip. Today, Arsenal and Liverpool are  linked with Luciano Vietto… 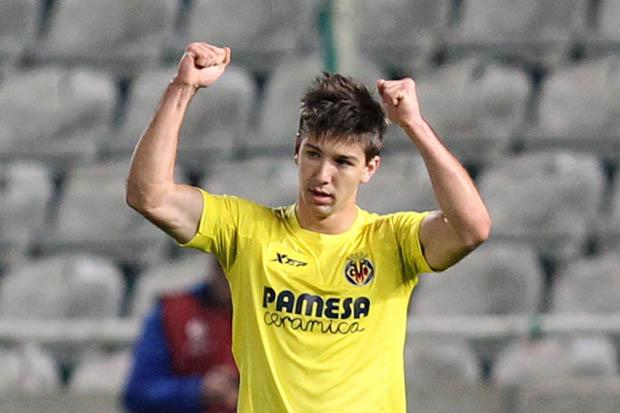 Arsenal and Liverpool are locked in a battle to sign Luciano Vietto after making it clear to Villarreal they are prepared to pay his €20m buy-out clause this summer, according to reports today.

Vietto only moved to Villarreal last summer after joining the club from Argentinean outfit Racing Club and he enjoyed an excellent debut season in Spain after scoring 20 goals in just 27 starts in all competitions.

It seems his impressive form has attracted interest from the Premier League as Spanish outlet AS claim that Arsenal and Liverpool have both made contact with Villarreal to register their interest in signing the striker this summer.

The report suggests that although Vietto is still under contract until 2019, he has a buy-out clause worth €20m (£14.3m) and both Arsenal and Liverpool have made it clear they are willing to meet that figure.

However, the English giants will face some stiff competition as AS claim that Atletico Madrid are also in the running and Diego Simeone’s men have also apparently decided to trigger the strikers buy-out clause.

Villarreal are desperate to keep hold of the 21-year-old and are believed to be trying to renegotiate his contract in order to increase his release fee substantially, but it remains to be seen whether the player has had his head turned by the interest being shown in him.

Prior to the reported interest from Arsenal and Liverpool, Vietto told reporters that he would consider a move to Atletico is they made a firm approach this summer.

“No-one can guarantee what will happen in the future, but my idea is to be here when they call us,” Vietto said.

“If Atletico come with €20m I will decide with my family and my representative.

“We will try to take the best decision but if they pay the buyout clause I think that everyone benefits.

“At the moment there is nothing, they are only rumours and my head is at Villarreal.”

We’ll have to wait and see how the striker reacts now that Arsenal and Liverpool have supposedly joined the race for his signature, but a three-way transfer battle now looks to be on the cards.

Liverpool are certainly in need of striking reinforcements as Daniel Sturridge struggled for fitness last season and Mario Balotteli and Rickie Lambert have failed to make any impact following their moves to Anfield last summer.

Arsenal are also understood to be on the look out for another front-man to support Olivier Giroud next season as Arsene Wenger looks to build a title-winning squad and it looks he and Brendan Rodgers have both identified Vietto as a key target this summer.

However, we’ll have to wait and see what the player decides is best for his future but you’d think Liverpool may struggle to entice the striker to Anfield as they are unable to offer Champions League football next season.