Chelsea In Talks Over Potential Deal To Sign Tottenham Target

As the opening of the summer transfer window approaches, managers are working hard identifying targets and lining-up potential deals so we’ll bring you all the news and gossip. Today, Chelsea are in talks with Atletico Madrid over Toby Alderweireld…. 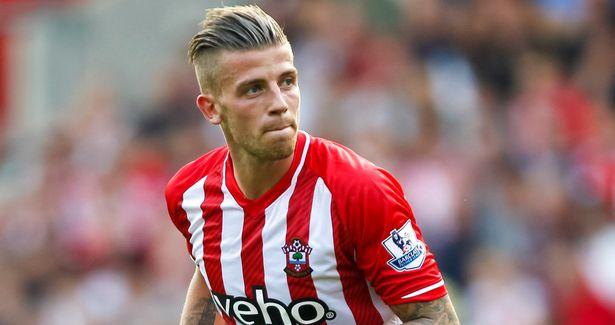 Chelsea are in talks with Atletico Madrid over a potential deal to sign Southampton and Tottenham Hotspur target Toby Alderweireld this summer, according to reports.

Alderweireld has just enjoyed an impressive season on loan at Southampton where he helped Ronald Koeman’s men push for European qualification only to narrowly miss out with a seventh-placed finish in the Premier League.

The Saints have the option to make the deal permanent for a set fee of £7m and Koeman is keen to push ahead with those plans, but it’s reported that Atletico could pay £1.5m to remove that clause and be free to sell the defender to the highest bidder.

Reports on Monday claimed that Chelsea have joined Tottenham in showing a keen interest in signing Alderweireld this summer while Manchester City are also believed to be keeping a close eye on the 26-year-old’s situation.

Alderweireld recently confirmed that he’s mulling over his future but is keen to remain in the Premier League. He told reporters:

“There are three options – stay with Atlético, stay with Southampton or go to another club. So we will see what happens.

“Southampton gave me that opportunity and it paid off, I think. I’ve had a fantastic year, I can’t lie about that, so, yes, I’d like to stay in the Premier League.”

Jose Mourinho is on the look-out for defensive reinforcements with the future of Filipe Luis in some doubt after he struggled to establish himself as a first team regular following his move from Atletico last summer. Diego Simeone is keen to re-sign the Brazilian international leading to talk of a potential swap deal involving Alderweireld.

It seems a potential deal has now moved a step closer as the Mirror are reporting today that Atletico have made contact with Chelsea to hold formal talks about Alderweireld, and you’d assume the future of Luis will also be a talking point.

The two clubs have an excellent relationship having previously done deals for Thibaut Courtois, Diego Costa and Filipe Luis, and it appears they could now be set to do business over Alderweireld and Luis.

If the Premier League champions do end up signing the Belgian international it will be interesting to see where Mourinho plays him. Alderweireld is predominantly a central defender but is also capable of playing at full-back, so he’d give the Blues boss plenty of options.

However, I personally don’t see him being able to displace any of the current Chelsea back four so if it’s regular first team football he wants, perhaps Alderweireld would be better off moving to Southampton or even Tottenham.