Liverpool Tell Arsenal They Can Sign Sterling, But Only If These Demands Are Met

As the opening of the summer transfer window approaches, managers are working hard identifying targets and lining-up potential deals so we’ll bring you all the news and gossip. Today, Liverpool contact Arsenal over a potential swap deal…. 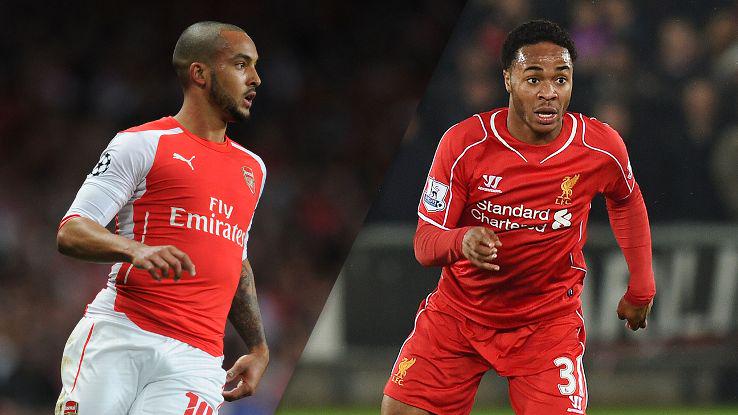 Liverpool have made contact with Arsenal to propose a stunning swap deal that would see Raheem Sterling head to North London in exchange for Theo Walcott AND Kieran Gibbs, according to ESPN.

Sterling’s future has come into question after his agent claimed last month that the attacker wants to leave and has no intention of signing a new contract at Anfield, even if he was offered £900,000-a-week.

Liverpool have publicly insisted that the 20-year-old isn’t for sale and will be forced to see-out the remaining two-years of his current deal, but it appears that privately the club are considering their options.

ESPN claim sources have informed them that Liverpool are wanting to make sure they get the best possible deal for Sterling and have now made contact with Arsenal to outline their terms over a possible deal.

The report states that the Merseysiders have indicated they are willing to do business over Sterling but only if the Gunners are prepared to give them Theo Walcott and Kieran Gibbs in exchange for the unsettled attacker.

The prospect of a Sterling-Walcott swap deal has been mooted for a while but this is the first we’ve heard of the possible inclusion of Gibbs, and it will be interesting to see how Arsenal respond to Liverpool’s proposal.

Gibbs fell behind Nacho Monreal in Wenger’s pecking order during the second half of the season while Walcott’s future at the Emirates is also uncertain as he’s about to enter the final year of his contract and is yet to open talks over a new deal.

The 26-year-old was also out-of-favour under Arsene Wenger during the second half of last season until he hit a hat-trick against West Brom during a rare start and subsequently scored in Saturday’s FA Cup final win over Aston Villa.

Walcott is understood to want assurances over regular playing time before he agrees any new deal but it remains to be seen whether Wenger is able to give him what he wants, as the Gunners have an abundance of attacking talent at their disposal.

Gibbs and Walcott would fill two problem areas for Brendan Rodgers so a swap deal for the unsettled Sterling may suit Liverpool, but I’d personally be surprised if Arsenal contemplated such a deal.

Both Gibbs and Walcott are coming into their prime years and Wenger has given much focus on building a ‘British core’ in recent years, so is unlikely to want to see two of his English stars leave this summer.

However, much will probably depend on how contract talks go when Walcott finally fits down with Arsenal officials this summer, so we’ll have to keep a close eye on how things develop over the coming weeks. If Theo can’t agree terms, Arsenal may be forced to cash-in and a potential swap deal with Sterling could be on the cards.