As the opening of the summer transfer window approaches, managers are working hard identifying targets and lining-up potential deals so we’ll bring you all the news and gossip. Today, Man Utd close in on Arsenal target Dayot Upamecano…. 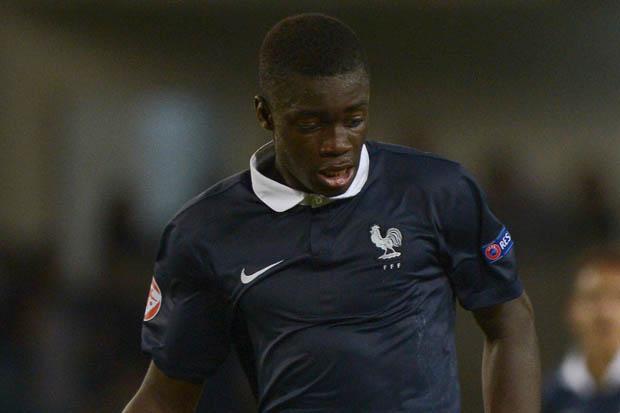 Manchester United appear to have beaten Arsenal to the signing of Dayot Upamecano after the French youngster took a tour of the clubs training facilities ahead of his move to Old Trafford, according to reports.

Upamecano is currently on the books at FC Valenciennes and is regarded as one of the best young prospects in French football with the 17-year-old already capped at Under-17 level for his nation.

His potential caught the eye of Premier League clubs with Arsenal, Manchester United and most recently Manchester City all understood to have been keeping a close eye on his progress last season.

United were reported to have come close to a deal during the January transfer window before Arsenal supposedly tried to muscle their way in with Arsene Wenger keen to lure his compatriot to the Emirates.

However, it appears United have now finally won the race for the players signature with the Daily Star claiming that Upamecano has arrived at their Carrington training base after a £450,000 fee was agreed with the Ligue 2 side.

The newspaper suggests that the centre-back was left impressed after being given a tour of United’s facilities and has now supposedly given the green light to complete the proposed move to Old Trafford.

Upamecano is a tall, strong defender who currently plays as a centre-back for Valenciennes and he helped France with the Under-17 European Championships last month, and this could turn out to be something of a coup for United if they have beaten Arsenal to his signature.

The youngster sounds like he’s got a bright future ahead of him and although I wouldn’t expect him to be making any impression on the United first team any time soon, he’s certainly one to watch out for in the future if he does end up sealing his move to Old Trafford.