Arsenal are eyeing a move for Sevilla ace Grzegorz Krychowiak but could yet face competition from Manchester United for the €29m-rated midfielder.

As the opening of the summer transfer window approaches, managers are working hard identifying targets and lining-up potential deals so we’ll bring you all the news and gossip. Today, Arsenal are linked with Grzegorz Krychowiak… 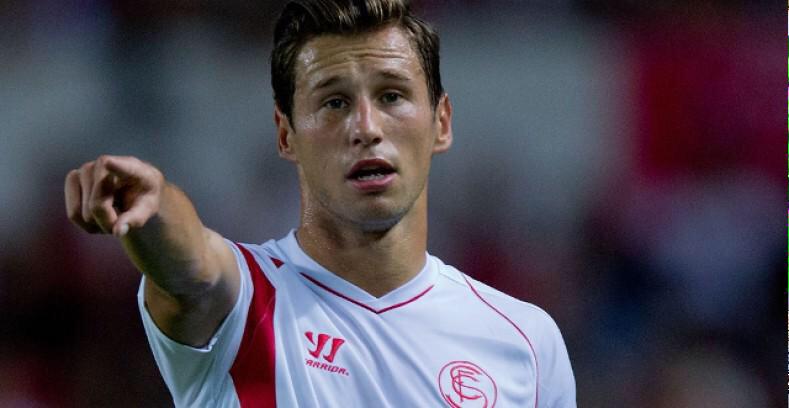 Arsenal are eyeing a move for Sevilla ace Grzegorz Krychowiak but could yet face competition from Manchester United for the €29m-rated midfielder, according to reports.

Arsene Wenger is expected to bring in another central midfielder this summer and while several names have been linked with a move to the Emirates, Morgan Schneiderlin has been touted as the Frenchman’s top target for several months.

However, the Times claim that the Gunners boss has now cooled his interest after Southampton refused to lower their £25m asking price and it’s forced Wenger to look at alternative targets.

It seems his search has led the 65-year-old to Spain with the newspaper suggesting that Arsenal are now eyeing a move for Sevilla midfielder Grzegorz Krychowiak.

The Polish international has just come off the back of another excellent campaign in La Liga and he scored a goal in the final of the Europa League during Sevilla’s thrilling victory over Dnipro last month.

But it’s his superb work in front of the back four that’s really caught the eye and Wenger could now make his move after keeping track of the 25-year-old since his days as a youngster in the Bordeaux academy.

However, Arsenal may have to move quickly if they want to secure Krychowiak’s signature as the Times claim that Manchester United are also closely monitoring his situation and could rival the North Londoners for his services this summer.

Louis van Gaal is also on the look out for midfield reinforcements to act as a long-term replacement for Michael Carrick and while the Red Devils have also been linked with Schneiderlin, it appears Krychowiak is also on van Gaal’s radar.

The Polish international is still under a lengthy contract and Sevilla are unlikely to let him go without a fight, so Arsenal and United may have to trigger his €29m (£21m) buy out clause if they want to force the Spaniard’s to sell.

Krychowiak would add a real physical presence to any midfield and he’s also very good with the ball at his feet, so he’d make for an excellent signing for either club this summer.

I personally feel that Schneiderlin would be a safer bet for Wenger or van Gaal as he has plenty of experience in the Premier League, but Krychowiak could be an interesting alternative if they can’t get a deal agreed with Southampton for the Frenchman.