Arsenal have tabled a £13m bid for highly-rated Juventus centre-back Daniele Rugani as Arsene Wenger looks to strengthen his defensive options this summer,

As the opening of the summer transfer window approaches, managers are working hard identifying targets and lining-up potential deals so we’ll bring you all the news and gossip. Today, Arsenal are linked with an Italian defender…. 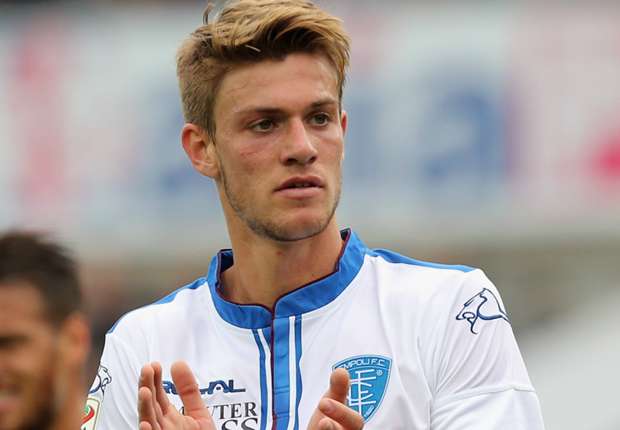 Arsenal have tabled a formal £13m bid for highly-rated Juventus centre-back Daniele Rugani as Arsene Wenger looks to strengthen his defensive options this summer, according to reports in Italy.

Rugani made a permanent move to Juve in the summer of 2013 but before making a single appearance for his new club, he was immediately sent back on loan to Empoli where he began his career as a youth player.

The 20-year-old has developed his game over the past two years and is now considered as one of the most highly-rated young defenders in Italy, with the player already having represented his country and every youth level up to Under-21.

However, the youngster is facing something of an uncertain future as he’s due to head back to Juventus ahead of next season and he’d highly unlikely to break into Massimiliano Allegri’s first team any time soon with the likes of Giorgio Chiellini, Angelo Ogbonna, Leonardo Bonucci and Andrea Barzagli all well ahead of him in the pecking order.

Another loan move back to Empoli could be on the cards but it seems Arsenal are ready to offer a more permanent arrangement with outlet Calcio Mercato claiming that we’ve tabled a formal £13m bid for the defender.

Arsene Wenger has been keeping track of Rugani for some time and the player was quoted earlier in the year as saying he was flattered to have caught the eye of such a great coach. However, he suggested that he sees his future at Juventus.

Rugani was quoted as saying:

“Wenger wants me? It’s gratifying to know that such a great coach was interested,”

“But honestly I’m glad to have been redeemed by Juventus, I’ve been a Juventino since childhood and I hope to stay in Turin for 10 years.”

After scouting him for several months it looks like the boss has finally made his move with the report suggesting our offer is worth £11m (€15m) up front with a further £2m (€3m) in additional add ons.

It remains to be seen whether Juventus will be tempted to cash-in but even if we do strike a deal with the Serie A champions, it seems the player may take some persuading to make the move to North London.

However, if Juve do decide to sell, there’s not a lot the defender can do other than accept his fate and move on, so a deal could still be on the cards this summer.

I wasn’t expecting Arsene to bring in another centre-back after signing Gabriel in January so if we do land Rugani, or any other centre-half, then it could bring Per Mertesacker’s future into question with the experienced German linked with a move back to his homeland.