As the opening of the summer transfer window approaches, managers are working hard identifying targets and lining-up potential deals so we’ll bring you all the news and gossip. Today, Manchester United are linked with Edinson Cavani… 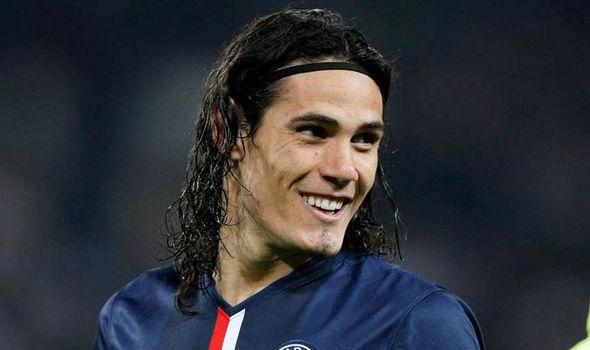 Manchester United are lining-up an audacious €82m move for Edinson Cavani as Louis van Gaal looks to find a replacement for Robin van Persie, according to reports.

The Dutchman’s future at Old Trafford is in serious doubt as form and fitness issues restricted him to scoring just 10 goals in 29 appearances last season and he’s no longer considered as a first team regular in van Gaal’s team.

It’s led to speculation over a potential move to Serie A and should the 31-year-old former Arsenal striker depart, United are going to need to bring in a top class replacement and van Gaal has been drawing-up a list of potential targets.

It seems his search has led him across the channel as the Metro are reporting that the Dutch coach has identified Paris Saint-Germain hitman Edinson Cavani as the man he wants and United are now supposedly lining-up an €82m (£60m) bid.

As with any transfer story, it’s best to take things with a pinch of salt until something more concrete comes out but I’m sure there will be plenty of United fans who’re exciting at the thought of Cavani moving to Old Trafford.

The Uruguayan international made his name at Napoli where he scored 104 goals in just 138 games before making a big-money move to PSG in 2013, and despite largely being played out-of-position on the wing, Cavani has still managed a respectable 55 goals in 95 appearances for the Ligue 1 champions.

However, his future has been speculated about constantly in recent transfer windows with reports earlier this year suggesting that he was ready for a new challenge this summer as he’s fed up not playing in his preferred central position.

Who knows if that’s still the case but if Cavani is agitating for a move, I’m sure he’d be interested in a move to the Premier League and a bid of €82m would be tempting for PSG as they could use that money to reinvest elsewhere in the squad.

We’ll have to see how things develop over the coming weeks but I’d love to see Cavani playing in England so hopefully these reports are accurate and United manage to pull off what would be a sensational coup.