As the opening of the summer transfer window approaches, managers are working hard identifying targets and lining-up potential deals so we’ll bring you all the news and gossip. Today, Man Utd are tipped to sign Mario Mandzukic…. 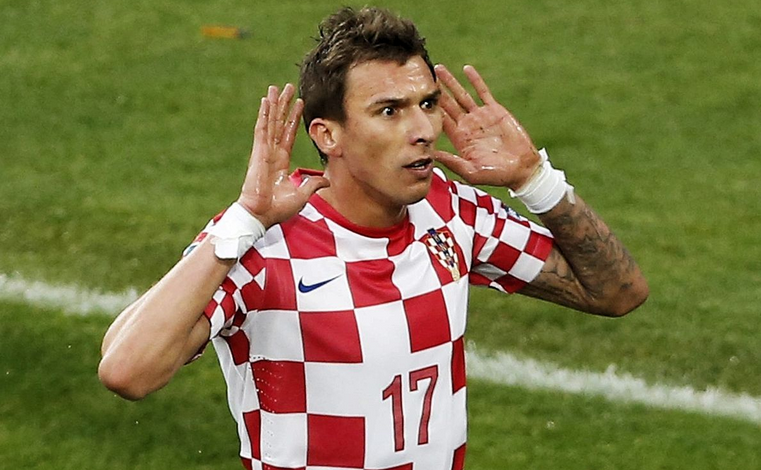 Manchester United look set to win the race for the signature of Mario Mandzukic with a former Croatian international claiming the striker is close to moving to Old Trafford, according to the Daily Star.

Mandzukic only moved to Atletico Madrid from Bayern Munich last summer and enjoyed immediate success at the Vicente Calderon after scoring 20 goals before the end of February.

However, following reports of a bust-up with coaching staff, the 29-year-old found himself out-of-favour under Diego Simeone and was largely used as an impact substitute during the second half of the campaign, leading the speculation he’ll be on the move this summer.

The Telegraph reported last month that Liverpool had identified Mandzukic as a key target with Brendan Rodgers hoping to lure the striker to Anfield as he looks to add more firepower to a squad that registered just 52 league goals last season.

Further reports in the Metro last week suggested that Man Utd had joined the chase for the Croatian international’s signature with the Red Devils supposedly opening negotiations with Atletico over a potential £18m deal.

Louis van Gaal knows Mandzukic from their time together at the Allianz Arena and it appears the Dutch boss wants to be reunited at Old Trafford this summer.

“He’s perfect for any team in any European league,”

“It appears to me that he’s very close to Manchester United.” Rapaic is quoted as saying by the Daily Star

It’s not made clear whether Rapaic has any inside knowledge or if he’s simply going by the recent reports in the newspapers, but the speculation is intensifying that Mandzukic will be heading for Old Trafford this summer.

van Gaal is in need of another striker after rejecting the chance to sign Radamel Falcao on a permanent basis while the future of Robin van Persie has been questioned recently, and Mandzukic would be an interesting option.

He’s not like any of the strikers currently on the books as he’d be more of a target man than a fox-in-the-box type striker, but he’s still averaged 1 in every 2 games at Bayern and Atletico so he’d certainly bring a real threat in front of goal.

We’ll have to wait and see how things develop over the coming days and weeks but I think the Croatian could be a very shrewd signing for United if they end up wrapping-up a deal for the striker.