Highly-Rated Defender Picks Liverpool Over Arsenal, Deal To Be Completed Next Week

Liverpool are closing in on the signing of Joe Gomez after the highly-rated defender snubbed interest from the likes of Arsenal for a move to Anfield.

As the opening of the summer transfer window approaches, managers are working hard identifying targets and lining-up potential deals so we’ll bring you all the news and gossip. Today, Liverpool are closing in on the signing of Joe Gomez… 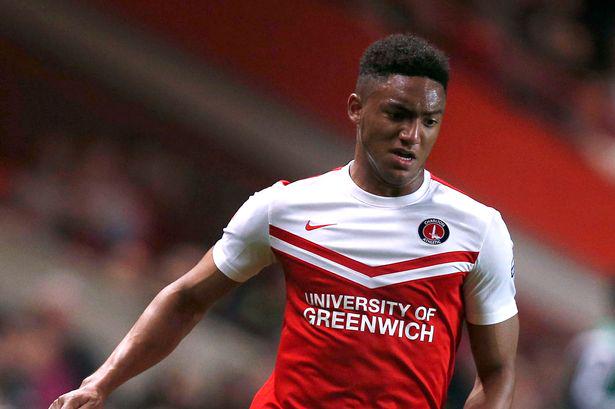 Liverpool are closing in on the signing of Joe Gomez after the defender snubbed interest from the likes of Arsenal for a move to Anfield, according to the Liverpool Echo.

Gomez has been on the books at Charlton since he was a child having joined the club as a ten-year-old and made his debut for the under-18 side aged just 13.

He’s gone on to become one of the most highly-rated young defenders in England after breaking into the Charlton first team last season, and made 24 appearances for the Championship side playing at both right-back and centre-back.

His potential has attracted interest from top sides both in the Premier League and in Europe with reports suggesting that Arsenal, Liverpool, Manchester City, Aston Villa, Borussia Dortmund and Hoffenheim are among the clubs keen on signing the 18-year-old.

However, it appears Liverpool have won the race for his signature as the Liverpool Echo claims that Gomez has opted for a move to Anfield and is already preparing himself for a move to Merseyside this summer.

The newspaper states that while a deal with Charlton is yet to be agreed, negotiations are at an advanced stage and a deal in the region of £6m plus add ons is expected to be completed early next week.

The Liverpool Echo suggest that there has been talk of loaning Gomez back to Charlton next season but the player would prefer to stay at Liverpool as he feels he has what it takes to make an immediate impact on the first team.

So although there is nothing concrete to come out from either club as yet, based on this report it seems Liverpool are closing in on the signing of an exciting young talent.

Gomez has already represented England at Under-19 level and the tall, pacey defender played a key role in helping the England Under-17’s win the European Championships last summer – being named in the Team of the Tournament.

The youngster is predominantly a centre-back but is also capable of playing on the right side of defence so it will be interesting to see where Brendan Rodgers uses him if he does end up completing a move to Liverpool.

He would face stiff competition from the likes of Martin Skrtel, Dejan Lovren, Mamadou Sakho, Emre Can and Kolo Toure at centre-back next season so perhaps his best bet would be to start out his career at Anfield as a right-back.

Glen Johnson is set to be released when his contract expires at the end of the month and Emre Can was forced to fill-in at right-back last season, so Gomez might be given an opportunity to prove himself in pre-season.

However, let’s first see if Liverpool can get the deal over the line and wrap-up their fourth signing following deals for James Milner, Danny Ings and Adam Bogdan.