As the opening of the summer transfer window approaches, managers are working hard identifying targets and lining-up potential deals so we’ll bring you all the news and gossip. Today, Arsenal hold talks with Geoffrey Kondogbia…. 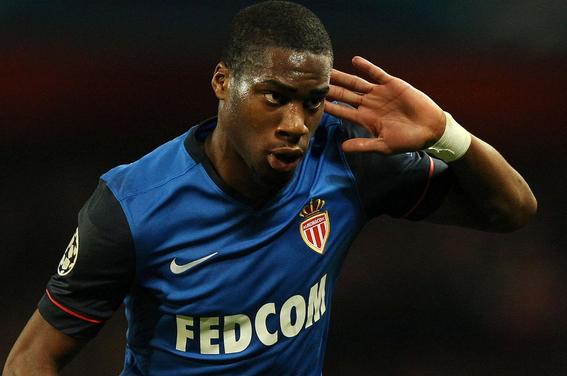 Arsenal appear to have stolen a march on Chelsea after Arsene Wenger held talks with Monaco midfielder Geoffrey Kondogbia about a potential move to the Emirates, according to Gianluca Di Marzio.

Kondogbia has developed into one of the best young midfield talents in European football since joining Monaco from Sevilla in the summer of 2013 and he’s now a regular in the French senior national squad.

The 22-year-old’s potential has attracted interest from the Premier League with the Daily Star claiming that the likes of Arsenal and Chelsea have all been keeping a close eye on his progress in recent months.

However, it seems Arsenal have stolen a march on their Premier League rivals as Sky Sport Italia journalist Gianluca Di Marzio claims that Arsene Wenger has held talks with the midfielder about a potential move to North London.

Wenger is likely to be in the market for midfield reinforcements this summer with the future’s of Mikel Arteta, Abou Diaby and Mathieu Flamini in doubt and Kondogbia would provide the Gunners with another exciting option if they could get a deal agreed.

Monaco are likely to be desperate to keep hold of the Frenchman and the Daily Star suggest they would demand a fee of £25m to cash-in this summer, but it remains to be seen whether Arsenal will be prepared to pay that kind of money.

The Gunners could also face stiff competition for Kondogbia’s signature as Di Marzio claims that Inter Milan and AC Milan are also keen on the youngster while we’ll have to wait and see whether Chelsea decide to step-up their interest.

Nemanja Matic is one of the best holding midfielders in Europe but with John Obi Mikel struggling for form and fitness last season, I wouldn’t be surprised if the Nigerian international was to move on this summer and Mourinho could turn to Kondogbia as a replacement.

The Frenchman is a powerful central midfielder so would give Arsenal, or indeed Chelsea, a real physical presence in the middle of the park if either club were to sign him this summer.

As it stands, it looks as though the Gunners have the most concrete interest but we’ll have to see how things develop over the coming weeks. I’d personally love to see Kondogbia come to England as he has all the attributes needed to be a world class player.