Manchester United are confident of agreeing a deal after opening formal talks with Bayern Munich over the surprise signing of defender Jerome Boateng.

As the opening of the summer transfer window approaches, managers are working hard identifying targets and lining-up potential deals so we’ll bring you all the news and gossip. Today, Man Utd are linked with Jerome Boateng…. 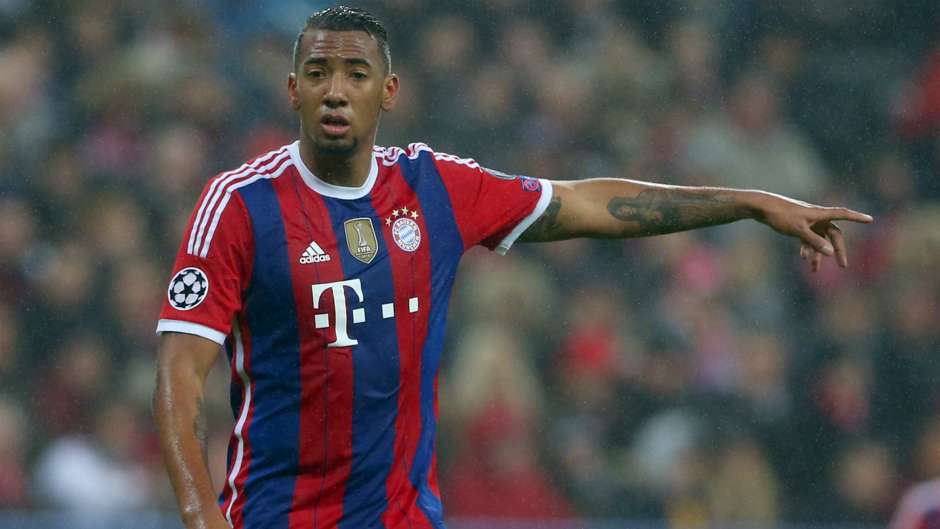 Manchester United are confident of agreeing a deal to sign Jerome Boateng after opening formal talks with Bayern Munich for the German defender, according to the Express.

It could be another busy summer at United with boss Louis van Gaal looking to build a side capable of challenging for top honours and a new centre-back is likely to be on the agenda after some questionable displays at the back last season.

Several players have been linked with a move to Old Trafford in recent weeks but a fresh name has now appeared on the radar with the Express citing reports coming out of Italy that claim United are in talks with Bayern Munich over a deal for Jerome Boateng.

The newspaper states that United are confident of sealing a move for the German international in what they say would be a big-money deal – although they don’t go as far as suggesting a possible purchase price.

As with any transfer story, it’s difficult to know how much truth there is behind it all and it’s best to take the rumour with a pinch of salt until something concrete comes out, but I would be hugely surprised if Bayern allowed Boateng to leave.

The 26-year-old spent an unsuccessful season at Manchester City during the 2010/11 campaign but has flourished at the Allianz Arena since joining the club and has become a key part of Pepe Guardiola’s starting eleven.

The 6ft 4in centre-back made 44 appearances in all competitions last season as Bayern retained the Bundesliga title and apart from a poor showing against Barcelona in the Champions League, he was largely impressive for the German outfit.

However, fellow centre-back’s Medhi Benatia and Holger Badstuber both missed large parts of last season through injury and with the duo expected to be fit for the start of pre-season, perhaps Boateng may find first team football more difficult to come-by next year.

If Guardiola feels the German is going to be spending a lot more time on the bench then he might look to cash in and use the funds to strengthen other areas of his squad, which could open the door to a move to Old Trafford.

We’ll have to wait and see how things develop over the coming weeks but Boateng would be an excellent addition if United were able to pull off a deal this summer.