As the opening of the summer transfer window approaches, managers are working hard identifying targets and lining-up potential deals so we’ll bring you all the news and gossip. Today, Arsenal are linked with Pierre-Emerick Aubameyang…. 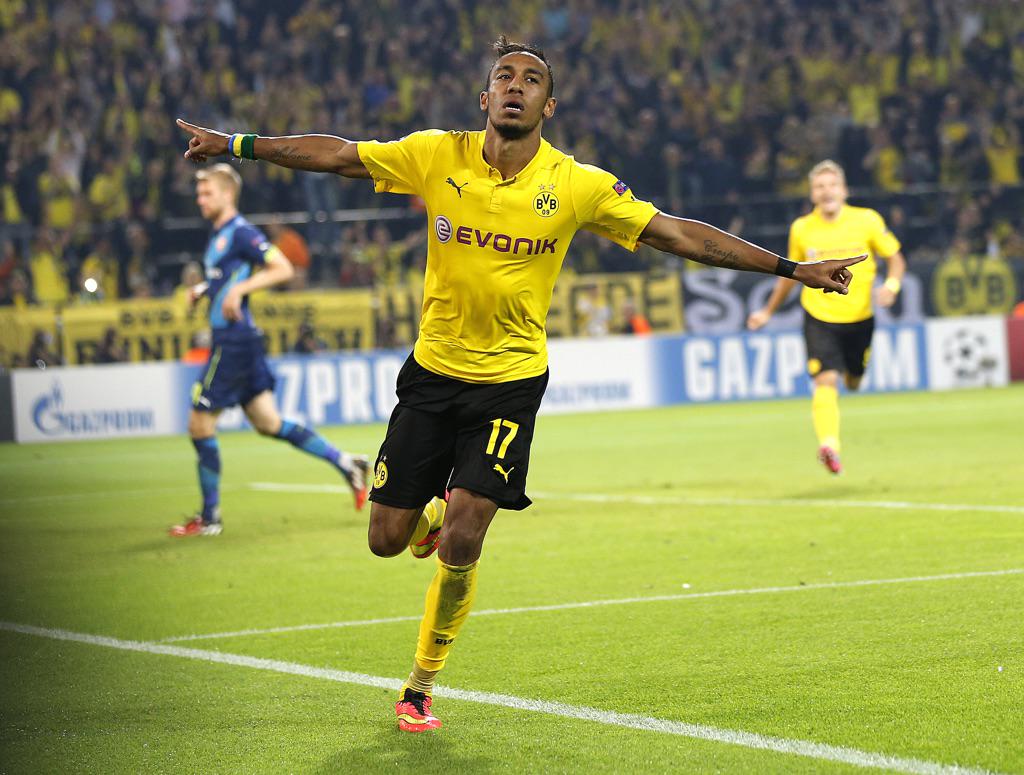 Arsenal are set to test Borussia Dortmund’s resolve with a €40m bid for Pierre-Emerick Aubameyang but could yet face stiff competition from Chelsea, according to Bild.

Aubameyang made his name at Saint-Etienne before earning a big-money move to Dortmund in 2013 and the Gabon international has continued to impress in German having scored 41 goals in his 95 appearances over the past two seasons.

It appears the pacey forward has now attracted interest from the Premier League as German publication Bild claim that Arsenal and Chelsea are among the clubs who are showing a keen interest in the 26-year-old this summer.

However, it looks like the Gunners are ready to step-up their interest as Bild suggests that Aubameyang is high on Arsene Wenger’s summer wish-list with the French boss ready to test Dortmund’s resolve with a €40m (£28.6m) offer.

It remains to be seen how Dortmund will respond to such an offer but the German newspaper claims that the Bundesliga giants are already giving serious consideration to cashing-in on last seasons top goal-scorer.

The main issue will be finding a suitable replacement and that won’t be easy as Aubameyang chipped in with 25 goals and provided a further 11 assists for Jurgen Klopp’s struggling side last season.

New boss Thomas Tuchel is likely to do all he can to hang on to the striker but if the club do end up selling at least he’ll have ample funds to strengthen his squad with.

I still feel Arsenal need a top class striker to be genuine title challengers next season and Aubameyang would be an exciting addition if they could pull this deal off. He’s predominantly played as a central striker so would offer competition to Olivier Giroud, but he can also play out wide so would therefore give Arsene Wenger plenty of options in attack.

However, we’ll have to wait and see how Chelsea react to the news that Arsenal are preparing a bid as Jose Mourinho may respond by launching an offer of his own, which could lead to a bidding war situation between two of England’s biggest clubs.

I’d personally love to see Aubameyang come to the Premier League this summer and he’d be an excellent signing for any club, so it will be interesting to see if Arsenal, or indeed Chelsea, can lure the striker to these shores this summer.