As the opening of the summer transfer window approaches, managers are working hard identifying targets and lining-up potential deals so we’ll bring you all the news and gossip. Today, Arsenal are eyeing a Chelsea youngster…. 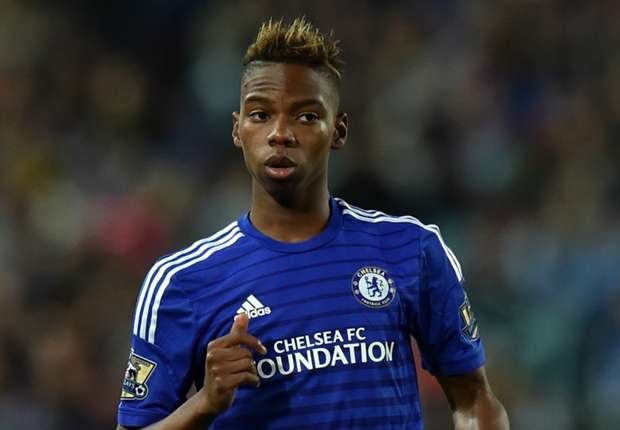 Arsenal are lining-up a second raid on Chelsea with Arsene Wenger keen on luring £7m-rated attacking midfielder Charly Musonda away from Stamford Bridge this summer, according to the Evening Standard.

The Gunners are poised to wrap-up the signing of Blues goalkeeper Petr Cech this week with Sky Sports News reporting that the two clubs have agreed a £10.9m fee for the 33-year-old stopper.

But if losing one of their longest serving players to their rivals isn’t hard enough for Chelsea fans to swallow, it looks like Arsenal are also trying to lure one of the clubs hottest young talents across London.

The Evening Standard cite reports coming from French outlet Foot Mercato who claim that highly-rated midfielder Charly Musonda is hoping to leave Chelsea in search of regular first team football and Arsenal are among the clubs showing a keen interest.

Musonda has been impressing in the Chelsea youth ranks since joining the club from Anderlecht in 2012 and he only recently signed a new contract extension to tie him to the club until 2019.

It appears the youngster is concerned about his chances of making the breakthrough at Chelsea and if these reports are to be believed, then Arsenal are ready to offer the 18-year-old a fresh start in North London.

However, the Gunners will face stiff competition for his signature as an apparent ‘source’ close to the player is quoted in the Evening Standard as saying that the likes of Manchester City, PSG, Monaco, Marseille and PSV have also expressed their interest with Chelsea supposedly ready to cash-in at around £7m.

“There are big clubs such as Manchester City, Arsenal and PSG who want a direct transfer,” a source is quoted as saying by the Standard.

“But also Monaco, Marseille and PSV want a loan deal with an option to buy.

“Charly wants to play at the highest level next season and he wants to go to a club where he can have guarantees in terms of playing time, and who will be of Chelsea’s calibre.

“With the Blues, he does not have guarantees, and that disturbs him, especially as he is very attached to the club.”

“The Blues are open to his departure, but not for less than €10 million [£7 million].

“And for the moment, Manchester City have an edge over Arsenal.

“PSG are waiting to learn more about their Financial Fair Play sanctions and to see which players will leave [this summer].”

Musonda is an attacking midfielder who predominantly plays through the middle but can also play in the wide positions and he’s already a Belgian Under-21 international, despite being just 18.

It looks like there is plenty of interest in his services this summer but I’d be surprised if Chelsea ended up selling one of their brightest young stars to a rival such as Arsenal or City, so my bet is if he does leave then Musonda will head abroad.

He’s not likely to get any more game-time at the Emirates or the Etihad in any case, so a switch to someone like PSV or Marseille may be more beneficial to the player as he’ll play more first team football to aid his development.