Arsenal have wrapped-up the signing of highly-rated Romanian midfielder Vlad Dragomir from ACS Poli Timisoara for a fee in the region of £71,000. See photos

As the opening of the summer transfer window approaches, managers are working hard identifying targets and lining-up potential deals so we’ll bring you all the news and gossip. Today, Arsenal have signed a highly-rated midfielder…

Arsenal have wrapped-up the signing of highly-rated Romanian midfielder Vlad Dragomir from ACS Poli Timisoara for a fee in the region of £71,000, according to the Mirror.

Dragomir was born and raised in Timisoara and has been impressing with the Romanian second division side’s Under-19 team since breaking into the squad last year.

He’s also made two appearances for the senior team and is captain of the Romanian Under-16 side at international level, so he certainly sounds like he has a bright future ahead of him.

The 16-year-old’s potential caught the eye of some top clubs throughout Europe with the Mirror claiming that the likes of Arsenal and Inter Milan have been watching his progress closely in recent months.

However, it appears we’ve now won the race for the youngsters signature as Dragovic has been pictured posing with an Arsenal shirt alongside his agent, Catalin Sarmasan, and Arsenal’s chief negotiator, Dick Law, and the newspaper says we’ve agreed a deal worth around £71,000 for his signature.

There is also a photo of the youngster [below] signing his contract next to Law, so while there has been no confirmation from Arsenal as yet, it does appear that we’ve completed the signing of this highly-rated Romanian.

The player’s agent is quoted by the Mirror as saying that we’ve been watching his client for 18 months and he rates Dragomir as one of the best young talents in Europe.

“I proposed to Arsenal a year and a half ago, during which they monitored him closely,” Sarmasan is quoted as saying by the Mirror

“In my opinion, Vlad is one of the most talented players in Europe at the moment.”

Dragomir is predominantly a central midfielder and he’s also been known to play as a left-sided midfielder, but I’m sure Arsene and his youth coaches will assess his abilities before deciding on his final position.

The teenager is now expected to link-up with the rest of the Arsenal youth players at the end of this month and join the club as a first year scholar at our Hale End Academy.

Obviously fans are getting frustrated that we haven’t completed any big-money signings as yet but we also have to look after the future of the club, so it’s good to see Arsene and his scouts bringing in some top young talent as well this summer. 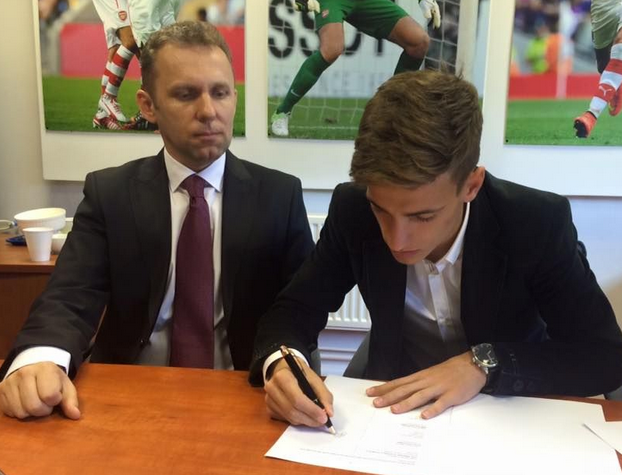