Liverpool have released the first pictures of new big-money signing Roberto Firmino posing in his new kit this evening. Cech them out here.

As the opening of the summer transfer window approaches, managers are working hard identifying targets and lining-up potential deals so we’ll bring you all the news and gossip. Today, Liverpool’s latest signing poses with his new shirt… 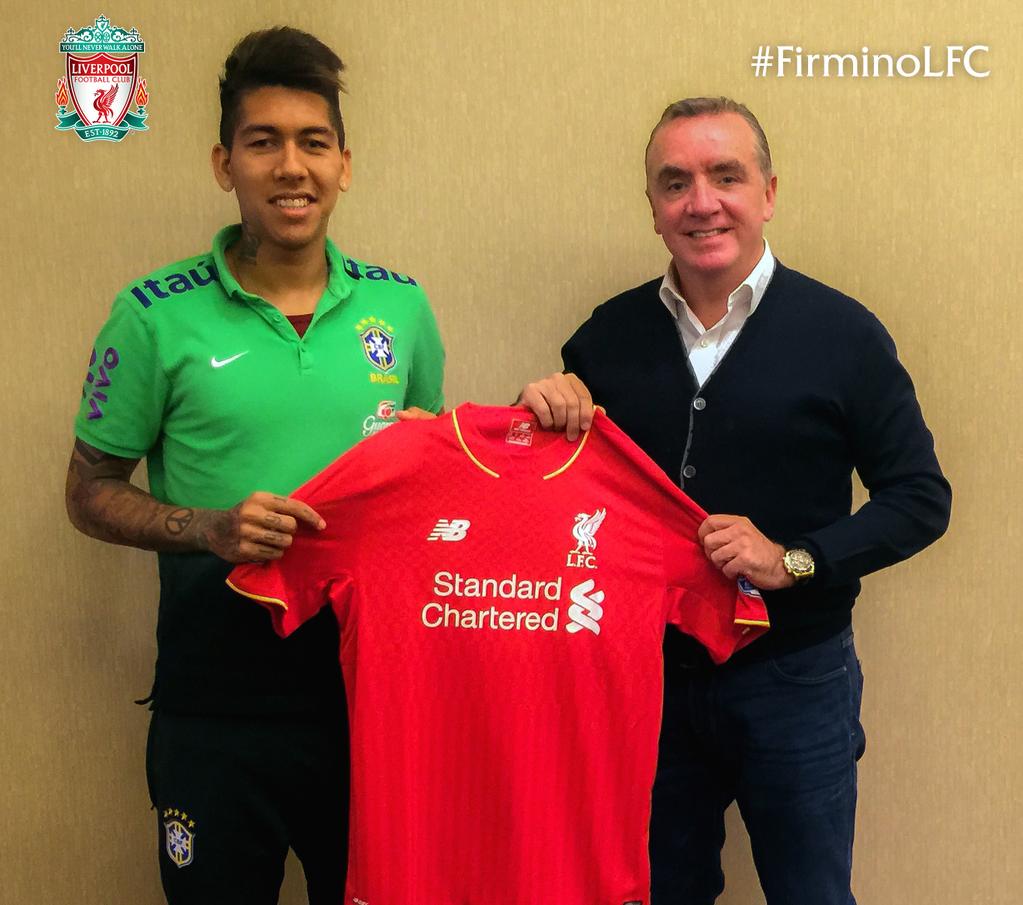 Liverpool have published the first pictures of new big-money signing Roberto Firmino posing in his new kit on Liverpoolfc.com this evening.

After weeks of speculation over his future, Liverpool finally won the race for Firmino’s signature and the club announced early on Wednesday morning that they had agreed a fee with Hoffenheim to sign the attacker subject to a medical.

The Merseysiders didn’t disclose the amount they’ll be paying but the BBC claim the deal will set the Reds back somewhere in the region of £29m with Firmino signing a bumper five-year contract.

The Samba Star is currently away in Chile at the Copa America but he’s still taken the time out to pose for a photo with his new Liverpool shirt along with Reds chief executive officer Ian Ayre – who flew out to South America to wrap-up the deal.

Liverpool also published the first photo of Firmino wearing the famour red shirt on their website this evening but we’ll have to wait a little longer to find out what shirt number he’ll be wearing at Anfield next season.

The 23-year-old will undergo his medical once Brazil’s participation in the Copa America is over and he’s then likely to enjoy a break before linking up with his new team mates on Merseyside ahead of the new Premier League campaign.

I’m sure Liverpool fans can’t wait to get a glimpse of Firmino playing alongside the likes of Philippe Coutinho and Daniel Sturridge next season, as he’s sure to add some much needed creativity to their attack.

Here’s the snap of him wearing his new Liverpool shirt as provided by Liverpoolfc.com: 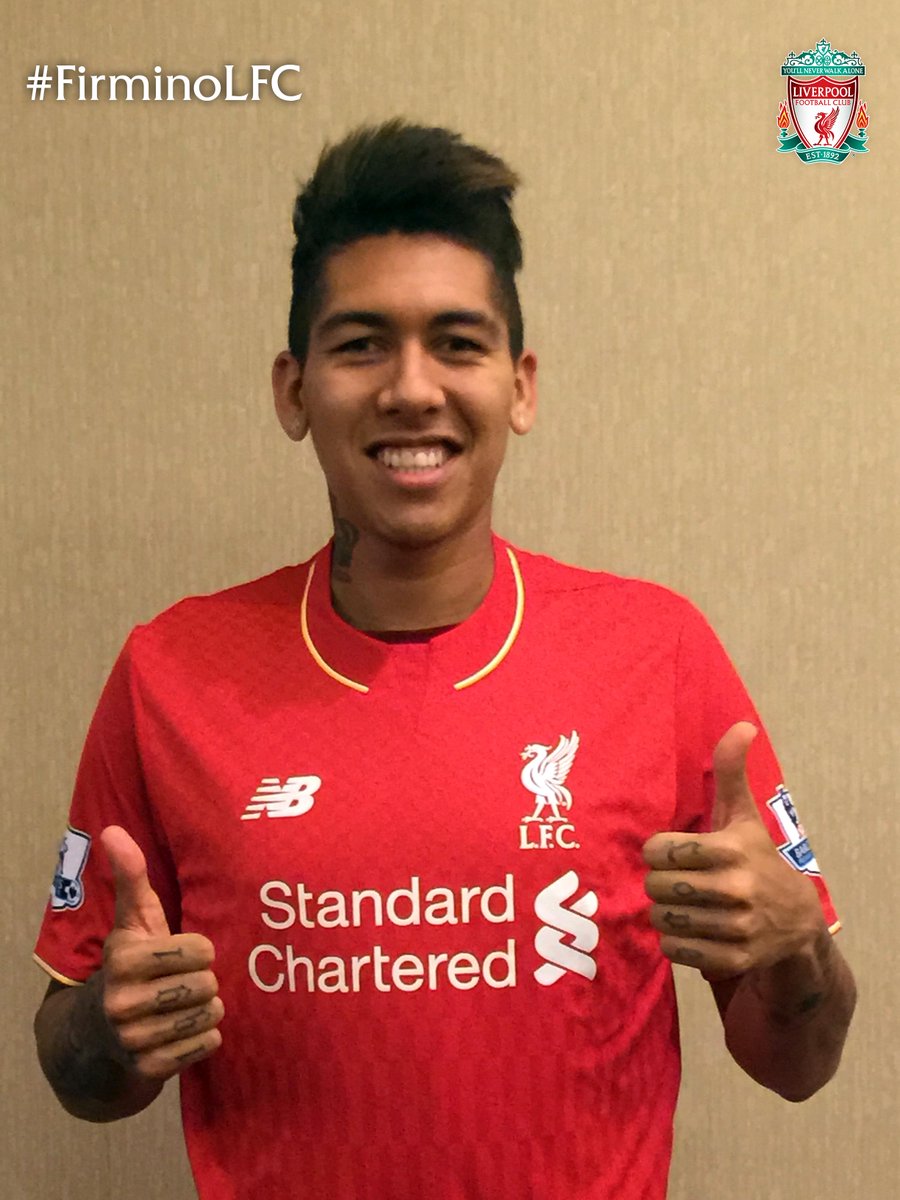