Real Madrid are set to launch a £21m bid for Arsenal defender Laurent Koscielny after Manchester United registered their interest in Sergio Ramos.

As the opening of the summer transfer window approaches, managers are working hard identifying targets and lining-up potential deals so we’ll bring you all the news and gossip. Today, Real Madrid eye Laurent Koscielny… 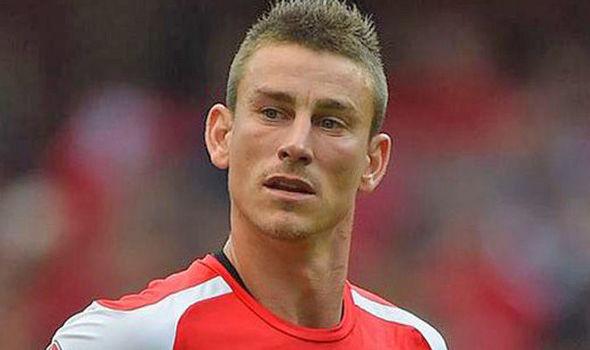 Real Madrid are set to launch a £21m bid for Arsenal defender Laurent Koscielny after Manchester United registered their interest in Sergio Ramos, according to the Mirror.

Ramos has been with Madrid for ten years and has played a key role in their success over the past decade with the centre-back leading the club to 3 La Liga titles and 1 Champions League trophy.

However, his future at the Bernabeu is in serious doubt after his agent was quoted in the Express as saying talks over a contract extension have stalled.

The uncertainty has led to speculation of a move to the Premier League in recent days and the Mirror claim that Manchester United have now registered their interest in signing the 29-year-old this summer.

Ramos still has two years remaining on his current contract but Spanish outlet AS suggested earlier this week that there could be a potential swap deal involving the defender and United keeper David De Gea.

We’ll have to wait and see how that deal develops but it seems Madrid are already planning for life without Ramos as the Mirror claim that the Spanish giants are now ready to launch an audacious move for Arsenal’s Laurent Koscielny.

The Frenchman only signed a new long-term contract last year but the newspaper suggests that Madrid are ready to test the Gunners’ resolve with a £21m bid.

It remains to be seen how Arsenal would respond if such an offer was put on the table but I have a feeling the North Londoners would quickly rebuff Madrid’s approach.

Koscielny has developed in to one of the best centre-back’s in the Premier League since joining Arsenal from Lorient in 2010 and he’s now a key part of Arsene Wenger’s side, so I doubt they will even entertain the idea of selling this summer.

How that will impact upon United’s interest in Ramos is unclear but there is very little chance Rafa Benitez will consider doing business for the Spanish international until he has a top class replacement lined-up.

The transfer window is set to officially open next month and things are already hotting up nicely but I have a feeling that in the end, both Koscielny and Ramos will remain with their current clubs this summer.