Arsenal have announced the signing of goalkeeper Petr Cech from Chelsea on a long-term contract for an undisclosed fee. See photos of him in his new shirt

As the summer transfer window gets set to open for business, managers are working hard identifying targets and lining-up potential deals so we’ll bring you all the news and gossip. Today, Arsenal have completed the signing of Petr Cech…. 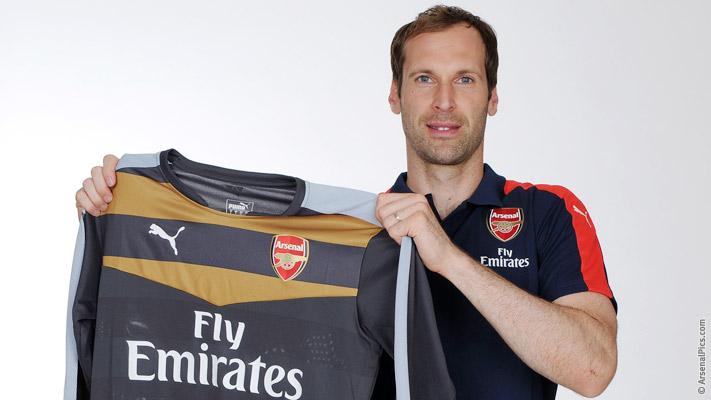 Arsenal have finally announced the signing of goalkeeper Petr Cech from Chelsea on a long-term contract for an undisclosed fee.

Cech has enjoyed an illustrious 11-year spell at Stamford Bridge that’s seen him win a whole host of top honours but he’s been forced to leave in search of first team football after losing his place to Thibaut Courtois.

There was no shortage of interest in the Czech international but Arsenal soon emerged as favourites as Cech was keen to remain in London where he and his family are settled.

Sky Sports News reported last week that the Gunners had agreed a £10.9m fee with Chelsea while personal terms with the goalkeeper had also been settled upon.

Cech then headed for his medical at London Colney and it appears everything has gone smoothly as the club have announced today that the keeper has moved to the Emirates on a long-term deal.

Gunners boss Arsene Wenger is clearly delighted to have snapped up the 33-year-old, telling Arsenal.com that he has admired Cech for a long time and is ‘very pleased’ to have pulled off what is a major coup for the club.

“Petr Cech is a player that I have admired for a long time and I am very pleased that he has decided to join us. He has proven over many seasons that he is one of the outstanding keepers in the world and he will add great strength to our squad.” Wenger is quoted as saying by Arsenal.com

Cech also told the Arsenal website that he’s excited about joining the club and his mind was made up about moving to North London after speaking to Wenger.

“I’m really excited about joining Arsenal Football Club and can’t wait to join up for pre-season. I have the same commitment to football, the same motivation and the same hunger for success as I had at the beginning of my career, and I love the challenges brought by the top quality players you face while playing in the Premier League. When Arsène Wenger spoke to me about his ambitions for this club, and how he saw me as part of this team, the decision was clear.” Cech is quoted as saying by Arsenal.com

Cech becomes Arsenal’s first piece of transfer business this summer and he’s now due to link-up with his new team mates for pre season ahead of the 2015/16 campaign.

His arrival will cast doubt over the future’s of David Ospina and Wojceich Szczesny and you’d expect one of the duo will now have to make a move away from Arsenal over the coming weeks.

My guess is it will be Ospina who leaves, despite the Colombian forcing his way into the No.1 shirt during the second half of last season after Szczesny was axed on New Year’s Day.

However, irrespective of who now has to leave, the fact is Arsenal have signed a world class goalkeeper and I think Cech’s arrival makes the Gunners genuine title challenger for next season.

Here are a couple of photos of the keeper in his new Arsenal gear and signing his contract: 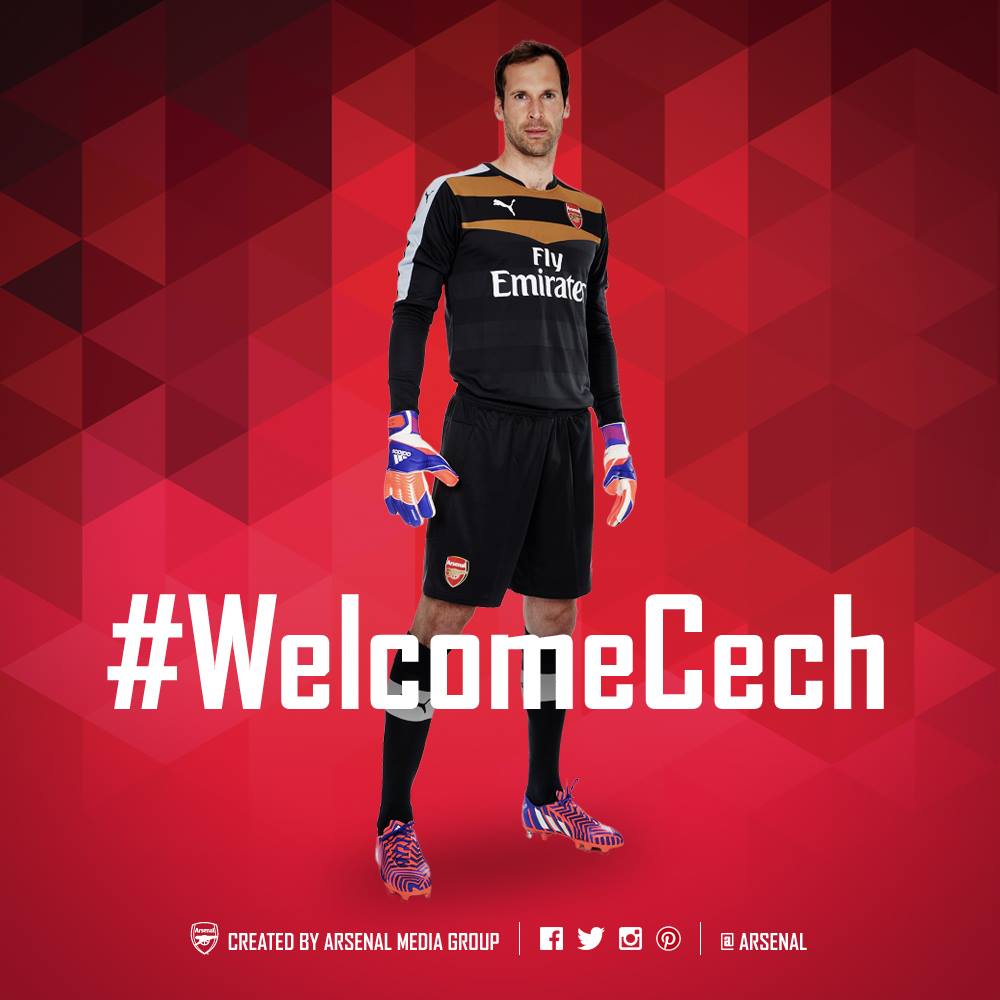 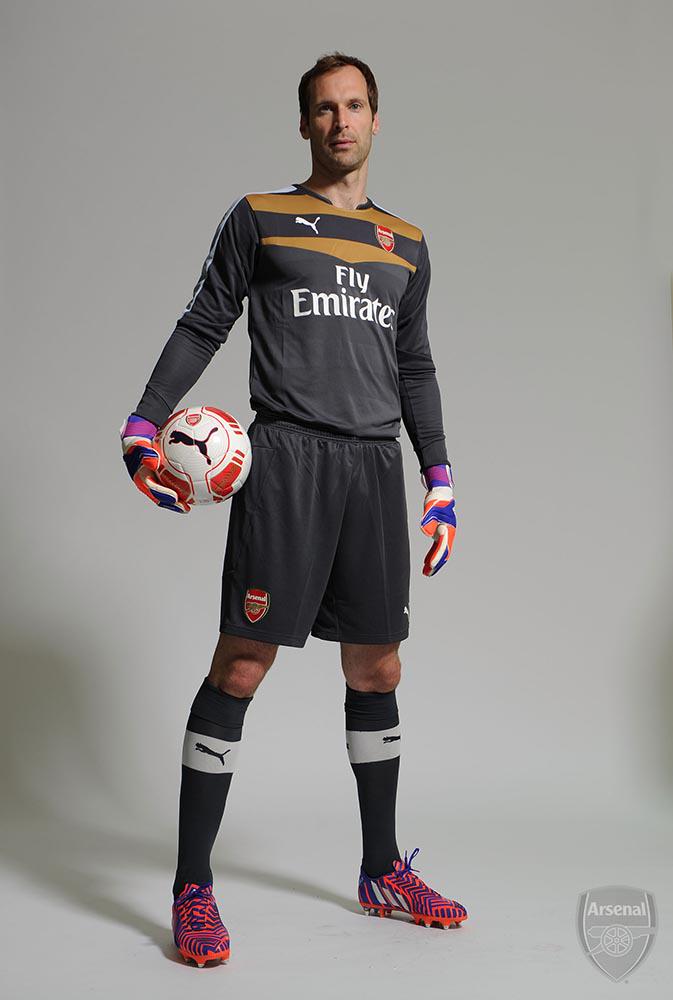 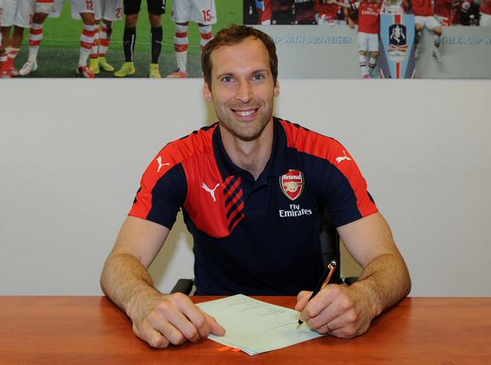