With the summer transfer window finally open for business, managers are working hard trying to strengthen their squads ahead of next season so we’ll bring you all the news and gossip. Today, could Mario Gotze be heading for the Premier League? 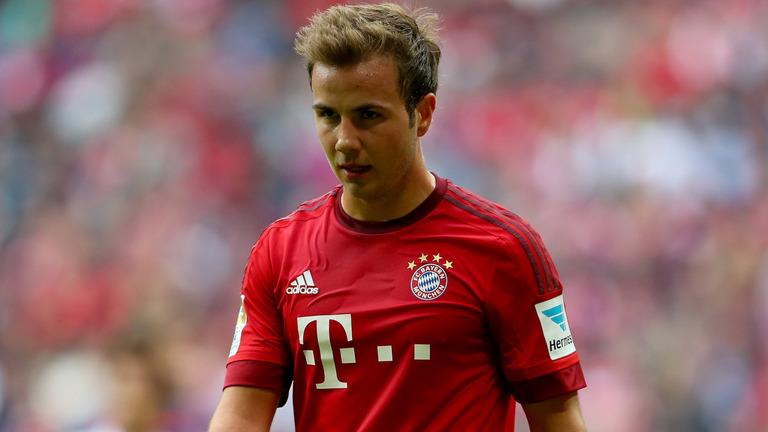 Arsenal and Manchester United have been put on red alert after Mario Gotze’s agent hit out at Bayern Munich boss Pep Guardiola for ‘destroying’ the German attacker, according to the Daily Star.

Gotze made his name at Borussia Dortmund and helped them lift successive Bundesliga titles in 2011 and 2012 before making a controversial switch £26m to Bayern Munich in 2013.

However, the 23-year-old’s time at the Allianz Arena hasn’t gone according to plan as he’s failed to establish himself as a vital part of Pep Guardiola’s starting eleven with the majority of his 28 starts last season coming against lower league opposition.

It appears the lack of faith being shown to Gotze in the big games is taking it’s toll as the attackers agent, Volker Struth, has now hit-out at Guardiola after accusing him of ‘destroying’ his client.

“Guardiola has destroyed Mario. Gotze feels that the coach does not trust him.

“Götze plays only the easy games, and I’m surprised that no one understands and defends the Bayern Munich (instead). I’m surprised to see that Guardiola did not play him in big games, like the semi-finals of the German Cup and Champions League.”

Those are some strong words from Struth and I’m sure they won’t go down too well in the Guardiola camp as the Bayern boss probably won’t appreciate being accused of destroying the German World Cup winner.

The unrest has predictably led to speculation Gotze could be on the move this summer and the Daily Star claim that Arsenal and Manchester United have been put on red alert with the duo believed to be eyeing a move for the disgruntled attacker.

Both Arsenal and United appear well-stocked in the attacking midfield department already but understandably they may not be able to resist if a player of Gotze’s quality becomes available this summer.

He predominantly plays from the left wing but is capable of playing anywhere across the front three positions so he’d give Arsene Wenger or Louis van Gaal plenty of options in the final third if he was to make the move to either club.

Despite his bit-part role at times, Gotze has still managed to chip in with 30 goals and provide a further 20 assists during his 93 appearances for Bayern, while he also has vast experience for his age with 45 caps for the German senior team to his name, and let’s not forget he scored the winning goal in last summers World Cup final.

Obviously Gotze would be a sensational signing for any club and it would be a major coup if Arsenal or United could pull it off, so I’m sure they’ll be watching on closely to see how things develop at Bayern following his agents attack on Guardiola.