With the summer transfer window finally open for business, managers are working hard trying to strengthen their squads ahead of next season so we’ll bring you all the news and gossip. Today, Man Utd are linked with Fernando Muslera… 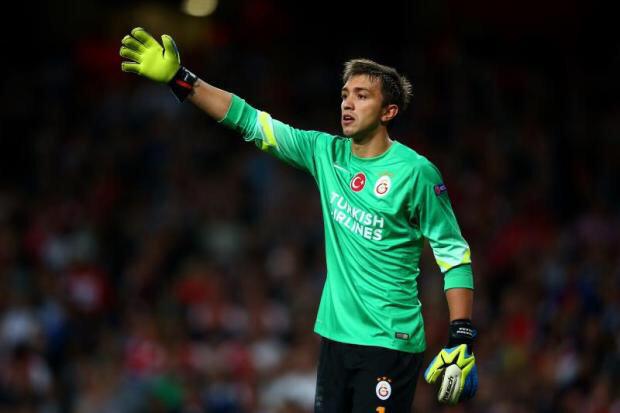 Manchester United have tabled a huge £25m offer for Galatasaray goalkeeper Fernando Muslera as Louis van Gaal prepares for the exit of David De Gea to Real Madrid, according to the Daily Star.

De Gea is in the final year of his contract at Old Trafford and has been strongly linked with a move to the Bernabeu in recent weeks, and his arrival appears to have edged ever-closer with the agent of Iker Casillas confirming to ESPN the long-serving Madrid keeper is close to joining Porto.

With United expected to lose their No.1 over the coming weeks, van Gaal has a huge void to fill and while the club have been linked with a whole host of names recently, it looks like the Dutch coach has his eye on a rather surprise replacement.

The Daily Star cite reports coming from Turkish newspaper Vatan which claim that United have set their sights on Galatasaray stopper Fernando Muslera and have now submitted a mega £25m bid for the players services.

The 29-year-old has been with Gala since joining the club from Lazio in 2011 and has just enjoyed another excellent campaign in the Turkish top flight with his displays helping to secure the Super Lig title.

Muslera also has plenty of experience at international level having been capped 66 times by Uruguay and he played in all 4 matches at last summers World Cup final’s in Brazil.

But despite all that, £25m sounds like an extravagant amount of money for the goalkeeper and I’d personally be shocked if United had agreed to part with such a sum for Muslera this summer.

However, even if these reports are accurate, it looks like United’s huge offer may still be rejected as Galatasaray president Dursun Ozbek was recently quoted by the Daily Star as saying that they will refuse to sell Muslera to any club.

“Muslera is loved by all Galatasaray fans. We will not sell him to any club. Galatasaray is one of the worlds biggest clubs.” Ozbek said.

I think the Turks would be mad to reject this supposed £25m bid but if they do, then the Star suggest that United will turn their attention to Hugo Lloris or Asmir Begovic and either of those two would be far better signings in my opinion.

Lloris has proven to be one of the most consistent keepers in the Premier League over the past few years at Tottenham and would be an excellent replacement for De Gea, but the only problem may be the price needed to force Spurs into a sale.

Begovic would also be a reliable pair of hands between the sticks and the Bosnian should be available at a reasonable price as he’s just entered the final year of his Stoke contract, but United may have to act fast as the Express claim that Chelsea are closing in on a deal.