Bastian Schweinsteiger has posted a photo on Twitter of him on board a jet as he flies in to undergo his Man Utd medical ahead of his move from Bayern Munich.

With the summer transfer window finally open for business, managers are working hard trying to strengthen their squads ahead of next season so we’ll bring you all the news and gossip. Today, Bastian Schweinsteiger heads to Man Utd….

Bastian Schweinsteiger has posted a photo on his Twitter account of him on board a private jet as he flies in to undergo his Manchester United medical ahead of his move from Bayern Munich.

News broke late on Friday night that Schweinsteiger had agreed to join United with German publication BILD claiming that he’d told Bayern chiefs he wasn’t signing a new deal and wanted to move to Old Trafford.

United then confirmed on ManUtd.com on Saturday afternoon that they had agreed a deal with the German giants to sign the 30-year-old midfielder subject to a medical.

It appears that formality will be undertaken shortly as Schweinsteiger was snapped leaving Munich airport this afternoon before uploading a photo of himself to his Twitter account of him on board a private jet en route to the UK – presumably to undergo his medical tests.

The German international also posted a video message thanking Bayern fans for an incredible 17 years at the club before confirming he wants to try and new challenge at United.

Neither club has confirmed the transfer fee but the Express claim United will pay around £14m with Schweinsteiger set to sign a three-year deal worth £7.2m per season.

So it appears United are closing in on what will be their third major signing of the summer after Matteo Darmian secured his move to Old Trafford yesterday with the defender following Dutch attacker Memphis Depay to the club.

Schweinsteiger may be about to turn 31, but he’s still one of the best midfielders in Europe and I think he’s going to be an excellent signing for United. Louis van Gaal needed to bring in another holding player to ease the load on Michael Carrick and he should get at least another 2-3 years out of the German star. 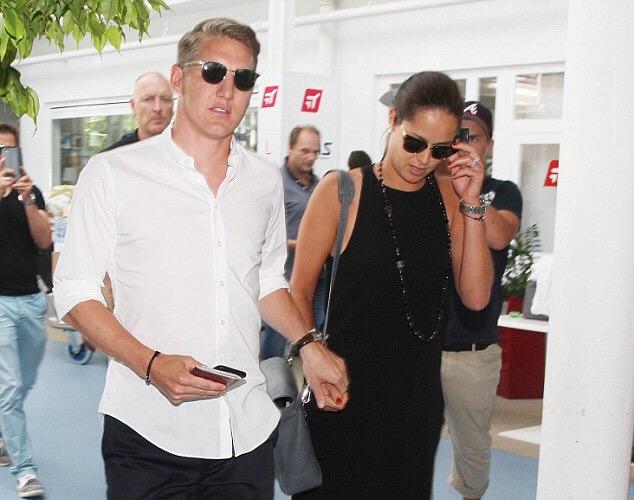 One last dream in my career come true. I am excited about the next chapter in my life with @ManUtd. pic.twitter.com/aWnz9mnuD8