With the summer transfer window finally open for business, managers are working hard trying to strengthen their squads ahead of next season so we’ll bring you all the news and gossip. Today, Man Utd are in talks for Nicolas Gaitan…. 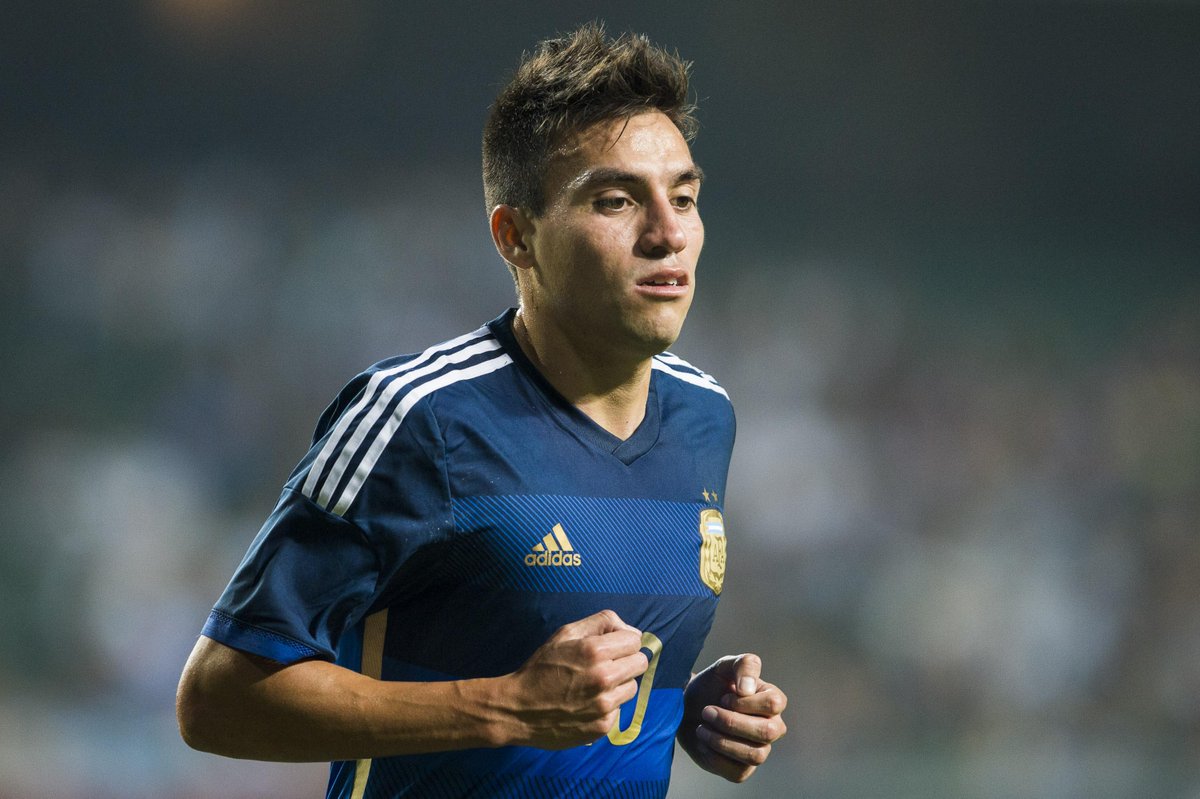 Liverpool have been dealt a blow as agent Cassiano Pereira has confirmed Manchester United are in talks with Benfica over a possible swap deal involving attacker Nicolas Gaitan, according to the Express.

The Argentinean international enjoyed another impressive season in Portugal with his 4 goals and 16 assists in 36 games helping Benfica land the Primeira Liga title to qualify for the Champions League this coming campaign.

The 27-year-old has long been linked with a move to the Premier League and this summer has been no exception with the Metro reporting at the end of May that Benfica president Luis Filipe Viera had flown over to the UK to hold formal talks with Man Utd about a potential deal.

The Daily Star then claimed last month that Liverpool were also showing a keen interest in the attacking midfielder with Brendan Rodgers supposedly ready to launch a bid to hijack United’s move.

However, the Red Devils appear to be in pole position as the agent of defender Rafael, Cassiano Pereira, has been quoted in the Express as saying that United are in talks with Benfica about a potential swap deal involving the Brazilian and Gaitan.

“Benfica and Man United are in negotiations over Gaitán and one offer includes Rafael to join Benfica,”

“Rafael wants to join Benfica. It’s a big European club. If the talks proceed, it won’t be difficult to reach an agreement.” Pereira is quoted as saying by the Express

So it sounds like Liverpool will have to move quickly if they want to try and snatch Gaitan from under United’s nose as a swap deal appears to be on the cards that would see Rafael move to Benfica with Gaitan heading in the opposite direction.

Rafael has fallen out-of-favour under Louis van Gaal with form and fitness issues seeing him spend much of last season on the sidelines, and with Matteo Darmian now signed from Torino is appears the Brazilian is set to leave Old Trafford.

A switch to Portugal looks likely but if this proposed swap deal doesn’t come off, the Express suggest that United would have to pay Benfica around £21.5m to buy Gaitan outright.

That kind of money shouldn’t be a problem for a club as well-off as United but it would make sense for them to try and use Rafael to lower to transfer fee significantly.

Gaitan is predominantly used as a left-sided attacker but is capable of playing anywhere across the front three behind the striker so he’d give van Gaal, or indeed Rodgers, plenty of options in the final third.

United are clearly the favourites as it stands but things can change quickly in football and with Liverpool set to receive a huge fee from the impending sale of Raheem Sterling to Manchester City [via BBC], then Rodgers may go all-out to try and lure Gaitan to Anfield as a replacement.