Chelsea To Swoop For Arsenal Target After Agreeing Defender Deal

With the summer transfer window finally open for business, managers are working hard trying to strengthen their squads ahead of next season so we’ll bring you all the news and gossip. Today, Chelsea are linked with Baba Rahman… 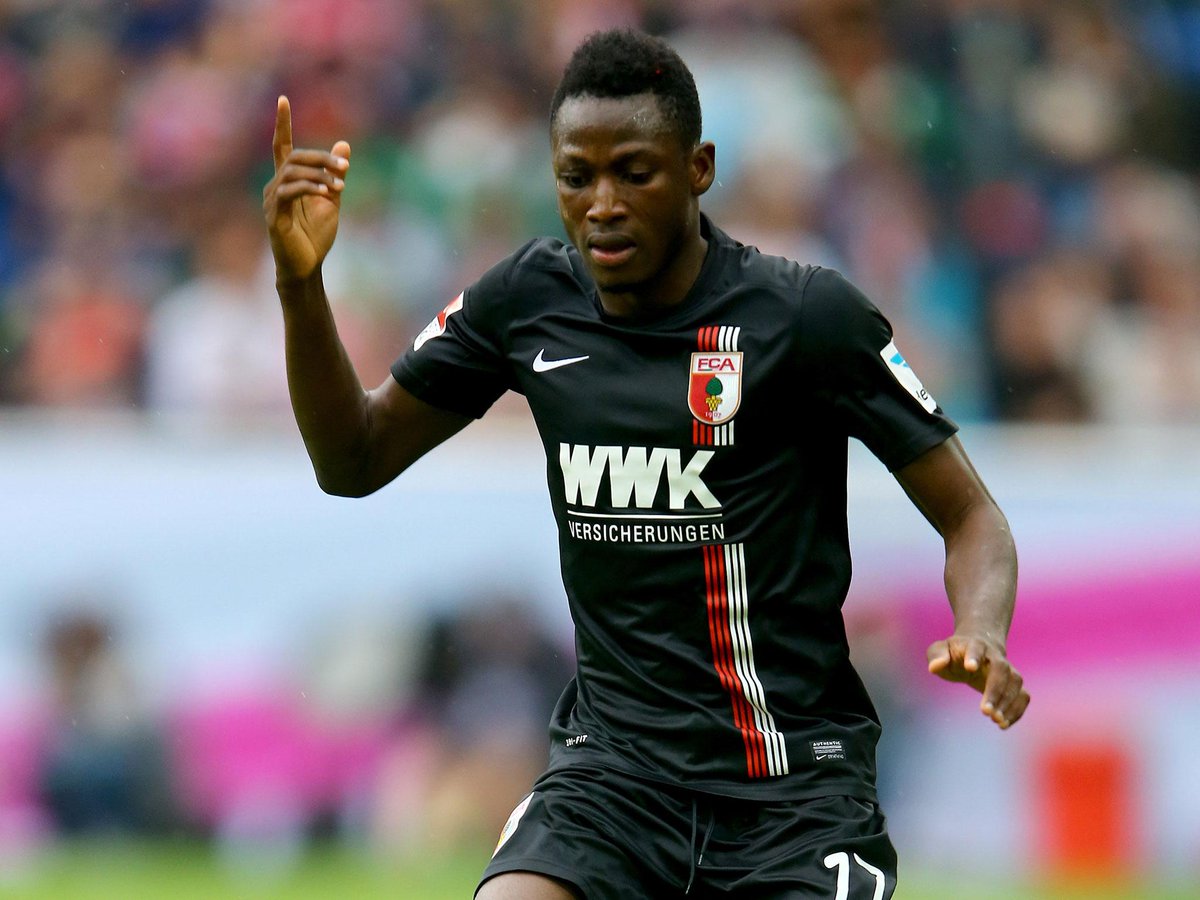 Chelsea are ready to step-up their interest in Arsenal target Baba Rahman after agreeing a deal to sell Filipe Luis back to Atletico Madrid this summer, according to the Mirror.

Luis only joined Chelsea last summer but has struggled to establish himself at Stamford Bridge after managing to make just 15 appearances last season.

The 29-year-old Brazilian international has been strongly linked with a move back to the Vicente Calderon this summer and the Mirror claim the Blues have now agreed a deal with Atletico worth £11m up front with a further £4m in additional add ons.

Luis’s exit will leave a gap needing to be filled in the Chelsea squad and the newspaper suggests that Jose Mourinho will now step-up his interest in Augsburg left-back Baba Rahman.

The 21-year-old enjoyed an excellent debut season at the SGL Arena with his superb form last year helping Augsburg to a fifth-placed finish in the Bundesliga table to see them qualify for the Europa League.

His potential caught the eye of clubs in the Premier League with the Guardian reporting earlier this month that Arsenal and Chelsea had made contact with the German outfit to register their interest in signing the Ghana international.

However, it appears Chelsea are in pole position to sign the young full-back and the Mirror believe Rahman is keen on making the move to England and has already snubbed interest from the likes of Roma.

Rahman has shown huge promise in such a short period of time and he’s been touted as one of the best full-back in German football, despite his relative inexperience, so Chelsea will be getting an excellent prospect if they can get a deal agreed.

The Ghanaian will have his work cut out in forcing his way into the first team immediately as Cesar Azpilicueta has cemented his position as Mourinho’s No.1 left-back but he certainly has the potential to push the Spaniard over the long-term.

We’ll have to wait and see when Chelsea decide to formalise their interest and there is still plenty of time for the likes of Arsenal to try and muscle their way in, but I have a feeling Rahman will make his way to West London once Luis completes his switch to Atletico.