With the summer transfer window finally open for business, managers are working hard trying to strengthen their squads ahead of next season so we’ll bring you all the news and gossip. Today, Man Utd are linked with Jasper Cillessen… 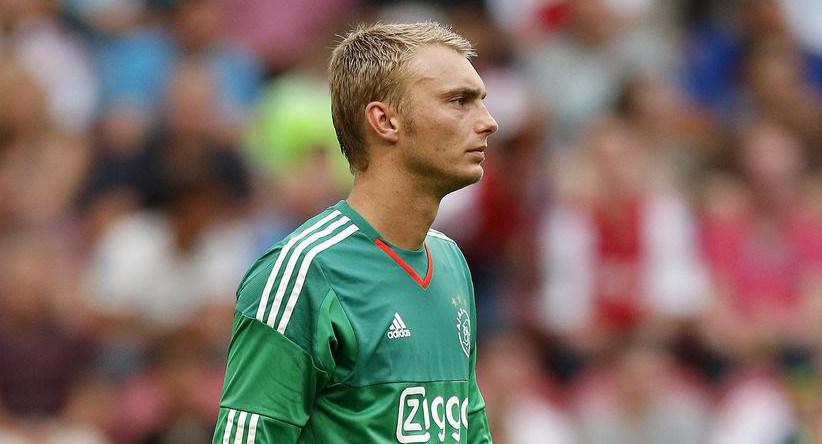 Ajax goalkeeper Jasper Cillessen has agreed to join Manchester United but may be forced to wait until next summer to complete the move due to David De Gea’s on-going transfer saga, according to the Daily Star.

De Gea has been United’s best player in recent seasons but his future is in serious doubt as he’s entered the final year of his Old Trafford contract and has been strongly linked with a move to Real Madrid in recent weeks.

The uncertainty has led to Louis van Gaal drawing up contingency plans in-case they lose their No.1 this summer and Cillessen has emerged as one of the Dutchman’s key targets with the Mirror reporting last month that United were lining-up a move for the Ajax stopper.

It appears talks have taken place as the Daily Star now claim that Cillessen has agreed to make the move to United but his proposed switch may have to be delayed until next summer with De Gea set to stay at Old Trafford for another season.

The newspaper says that the 24-year-old already has an agreement in place to move to the Bernabeu but with Madrid unwilling to meet United’s demands, it looks like the Spaniard will have to see-out the final year of his deal and move back to his homeland on a free transfer next summer.

This leaves Cillessen in a difficult spot as he too will now have to remain in Holland with Ajax for another year – which will come as good news to Ajax boss Frank De Boer as he recently admitted that it would be extremely difficult for them to keep hold of the keeper if the Red Devils come calling with a big-money offer.

“For us it would be a disaster if that’s going to happen because it’s already very difficult to find a good goalkeeper, especially if you have the best goalkeeper in Holland.

“We want to keep him and he wants to stay, but if Manchester United come with a bag of money it can be difficult.

“We have to wait but the transfer period still has a long way to go.” De Boer is quoted as saying by the Daily Star

Cillessen has developed into a fine goalkeeper in recent years and van Gaal knows the 26-year-old well from their time together with the Dutch national team, so it appears he feels the player has what it takes to step-in for De Gea when he leaves.

Obviously it will be disappointing for United to lose De Gea for nothing but at least if he does end up staying they’ll get another full season out of him and it looks like they already have a replacement lined-up for when the Spaniard does eventually depart in 12 months time.