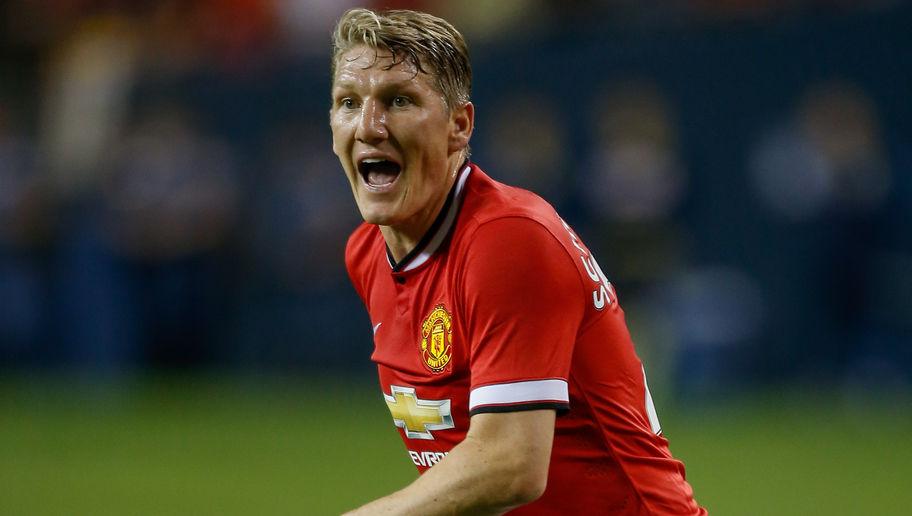 Manchester United continue their pre-season preparations when they take on Barcelona at the Levi’s Stadium in Santa Clara on Saturday.

Ahead of the game, Louis van Gaal has been speaking to the media at his pre-match press conference and has given a team news update to ManUtd.com.

The United boss confirmed that summer signing Bastian Schweinsteiger will not face the La Liga champions after the midfielder picked up a minor injury.

Schweinsteiger was criticised by van Gaal for his poor display against San Jose last time out but unfortunately the German international won’t have the chance to redeem himself tomorrow.

There was some better news on the injury front with the clubs website confirming that Antonio Valencia is fit again after a minor knock while van Gaal also revealed that David De Gea will feature against Barcelona.

De Gea is yet to play during pre-season after missing the last two games with a minor injury but it appears the Spaniard is now fully-fit and ready to make his first team return.

van Gaal is set to field a strong side and he’s hinted that the team he selects against the European champions will very similar to the one that lines-up against Tottenham on the opening day of the Premier League season.

“We play the first 60 minutes so I have to make a selection already between players, if you play 60 minutes or 30. Our building-up programme was 45 so now you can see which direction I think.”

On De Gea, the United boss is quoted as saying by Goal:

“When a player is injured it’s the same thing you have to wait in the season. I give players time to recover and build up their fitness.

“It’s still possible he’ll [De Gea] be ready to start the season against Spurs because he shall play [on Saturday].”

We’ll have to wait and see how quickly Schweinsteiger recovers from his knock but it doesn’t sound too serious so I expect he’ll be fit and ready to face Spurs in two weeks time.

Angel Di Maria, Marcos Rojo and Javier Hernandez are all set to link-up with the United squad tomorrow after enjoying extended breaks following their participation in the Copa America, but none of the trio will feature against Barca.