Chelsea are closing in on a deal to sign Galatasaray’s Brazilian full-back Alex Telles as Jose Mourinho looks to find a replacement for Filipe Luis.

With the summer transfer window in full swing, managers are working hard trying to strengthen their squads ahead of next season so we’ll bring you all the news and gossip. Today, Chelsea are close to a deal for Alex Telles…. 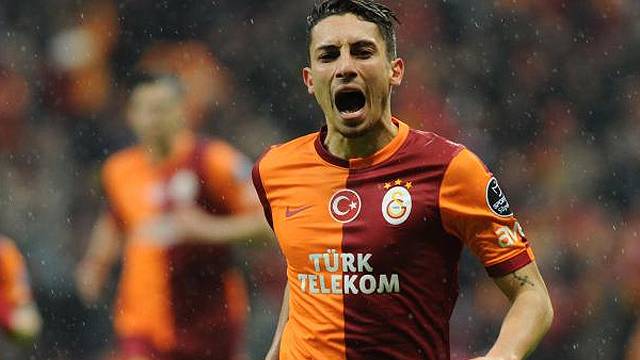 Chelsea are closing in on a deal to sign Galatasaray’s Brazilian full-back Alex Telles as Jose Mourinho looks to find a replacement for Filipe Luis, according to the Express.

The Blues are on the look-out for another left-back to compete with Cesar Azpilicueta next season as the Guardian reported earlier this month that Luis was heading back to Spain after Chelsea agreed a deal to sell him back to Atletico Madrid.

The 29-year-old only moved to Stamford Bridge from Atletico last summer but he’s struggled to establish himself under Mourinho and is now set to move back to the Vicente Calderon having made just 15 appearances for Chelsea.

Luis’s departure will leave a void needing to be filled and ESPN reported last week that Mourinho was expected to strike a deal for Augsburg full-back Baba Rahman before the start of the new season.

However, that proposed transfer could be in danger as the Express are claiming today that Chelsea are now close to agreeing a deal to sign Galatasaray left-back Alex Telles instead.

The Brazilian only moved to Turkey in January 2014 from Gremio but he was hugely impressive for Gala during the second half of last season and it appears his potential has alerted Chelsea.

No further details have been given by the newspaper, such as a possible price tag, but it looks like Telles could become the latest Brazilian to move to Stamford Bridge and he’ll become Mourinho’s third major signing of the summer follow the arrivals of Asmir Begovic and Radamel Falcao.

Unsurprisingly, the 22-year-old is an attack-minded full-back who’s also capable of playing as a wing-back of left midfielder, but I suspect he’ll predominantly be viewed as back-up to Azpilicueta if he does end up moving to Chelsea.

However, one potential stumbling block over any deal could be a work permit as I’m not sure how easy it will be for him to gain a UK Visa as Telles is yet to earn a single cap for the senior Brazilian national team.