Arsenal, Chelsea, Man Utd, Man City, Liverpool and Tottenham all feature heavily in the games that have been chosen for live broadcast in October and November

Arsenal, Chelsea, Man Utd, Man City, Liverpool and Tottenham all feature heavily in the games that have been chosen for live broadcast in October and November….

Sky Sports and BT Sport have announced the Premier League fixtures which have been chosen for live television broadcast during October and November.

Chelsea’s home fixture against Southampton will now be shown on Sky Sports as an evening kick off on Saturday October 3 before a huge Super Sunday which sees Everton take on Liverpool and Arsenal entertain Manchester United.

The following week Tottenham’s home clash against Liverpool is the stand-out game and that will be broadcast on BT Sport on Saturday 17, kicking off at 12.45.

We then have another bumper weekend of action on Sky Sports as Arsenal take on Everton on Saturday 24 before Sunderland vs Newcastle, Manchester United vs Manchester City and Liverpool vs Southampton all face-off on Sunday.

Chelsea then entertain Liverpool at Stamford Bridge on Saturday 31st, which will be shown on BT Sport kicking off at 12.45, before Southampton take on local rivals Bournemouth the following day as we head into November.

Arsenal’s North London derby against Tottenham is the first key fixture of the new month with the game at the Emirates being shown on Sky Sports on Sunday November 8th, kicking off at 4pm.

It promises to be an enthralling couple of months with plenty of huge games and derbies to look forward to.

Here is confirmation of all the matches chosen to be shown live in October and November: 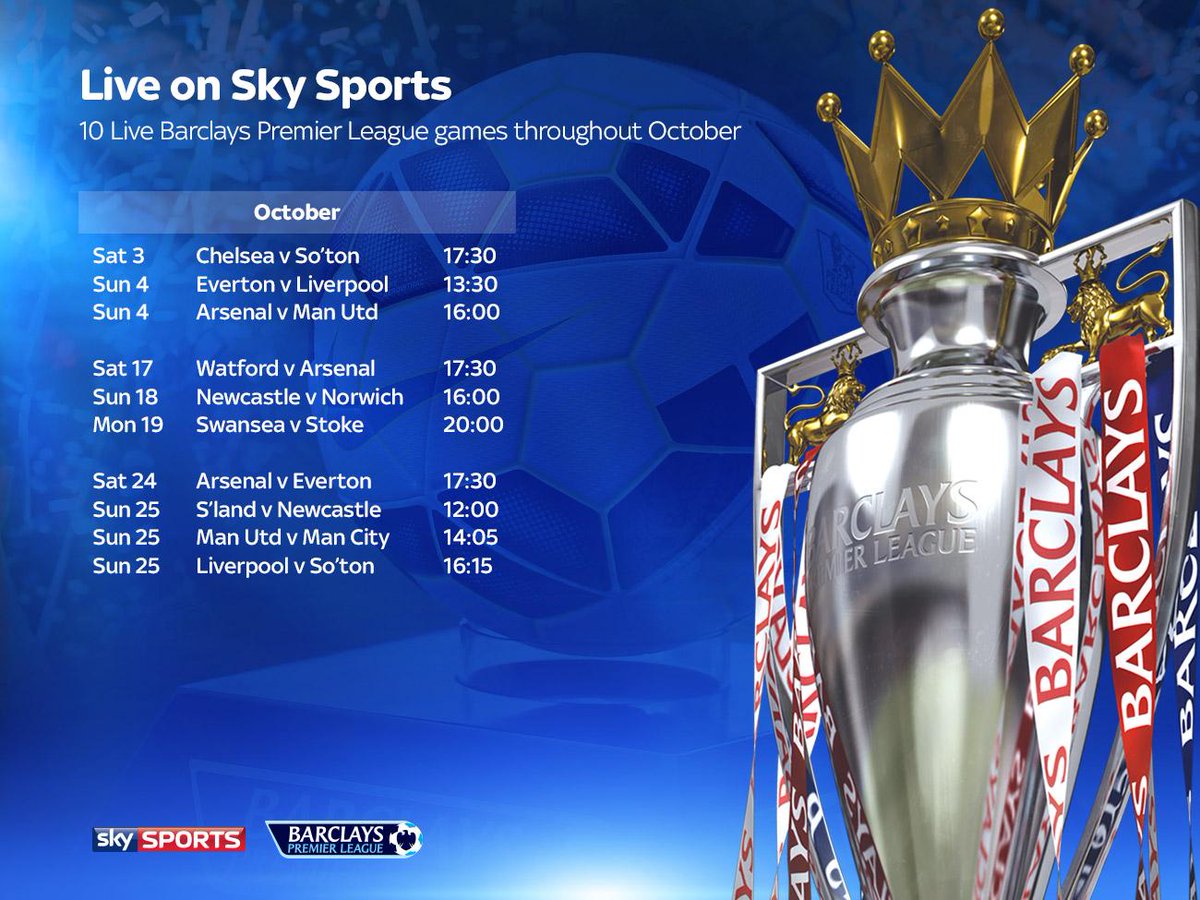 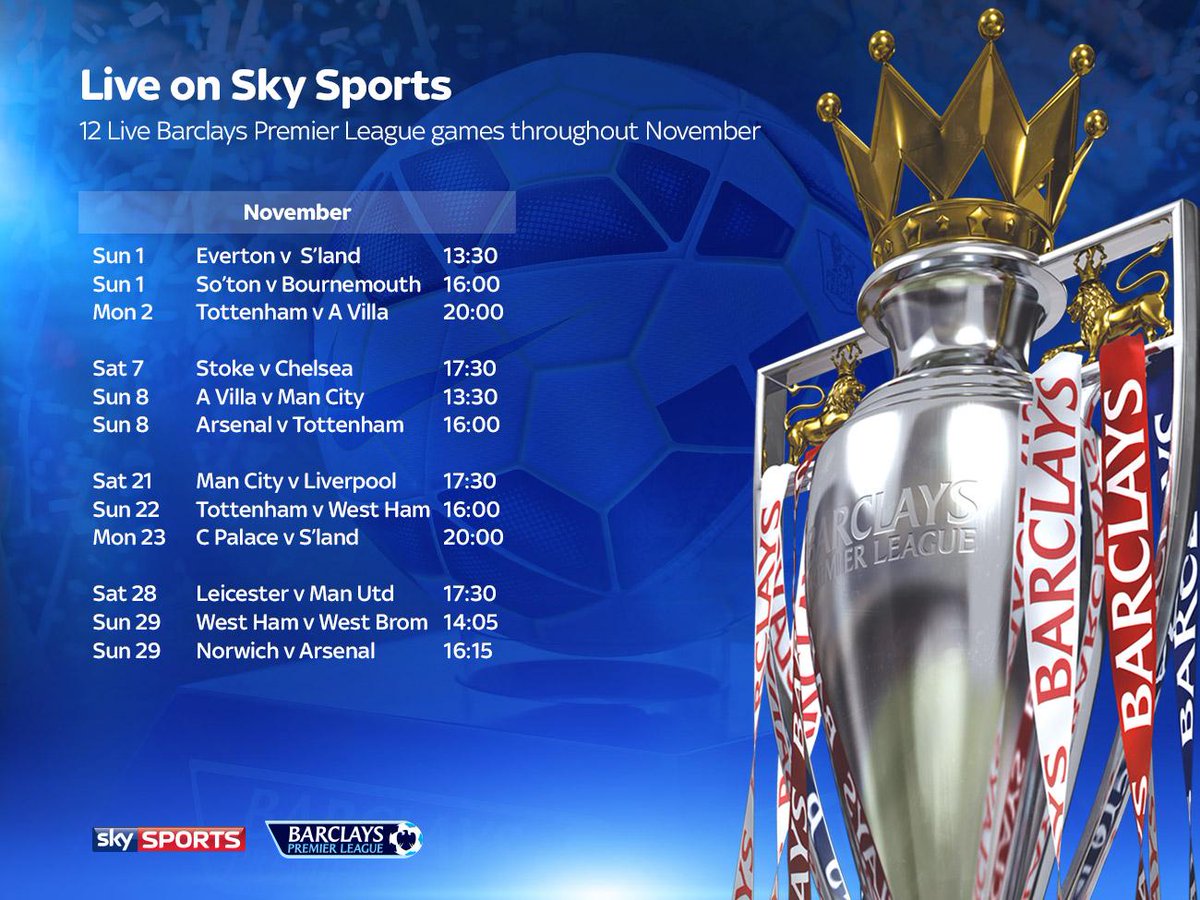 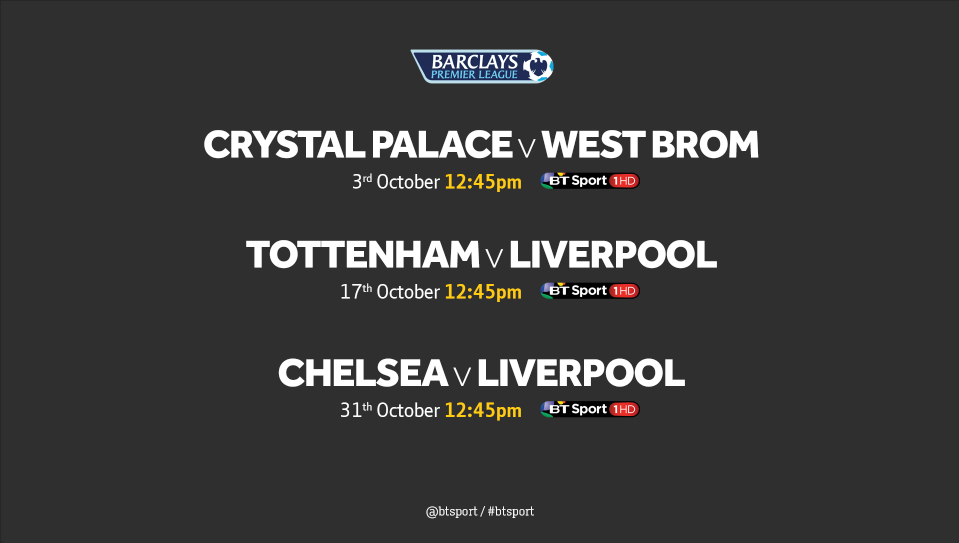 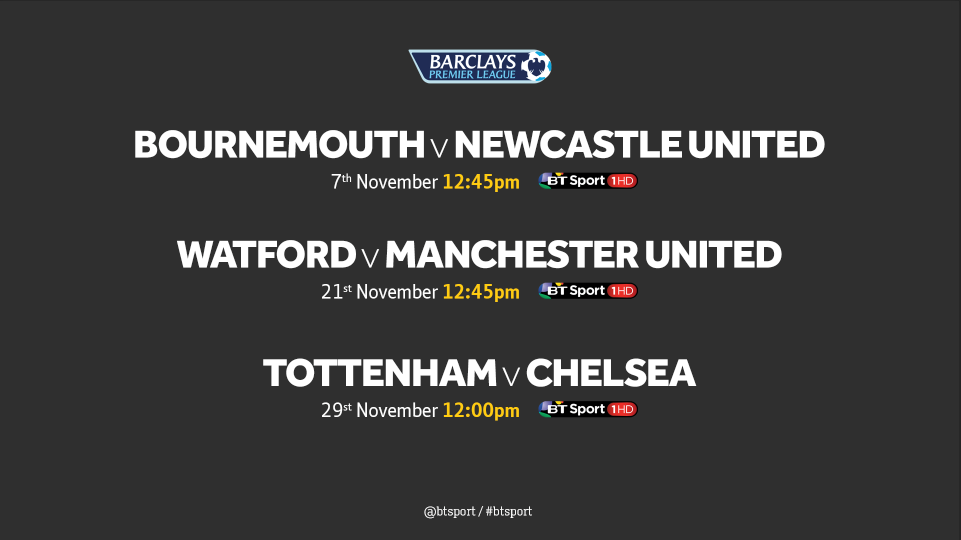