Arsenal move into pole position to sign £25m-rated Roma centre-back Alessio Romagnoli after his proposed move to AC Milan stalled, according to the Express.

With the summer transfer window in full swing, managers are working hard trying to strengthen their squads ahead of the new season so we’ll bring you all the news and gossip. Today, Arsenal are linked with an Italian defender…. 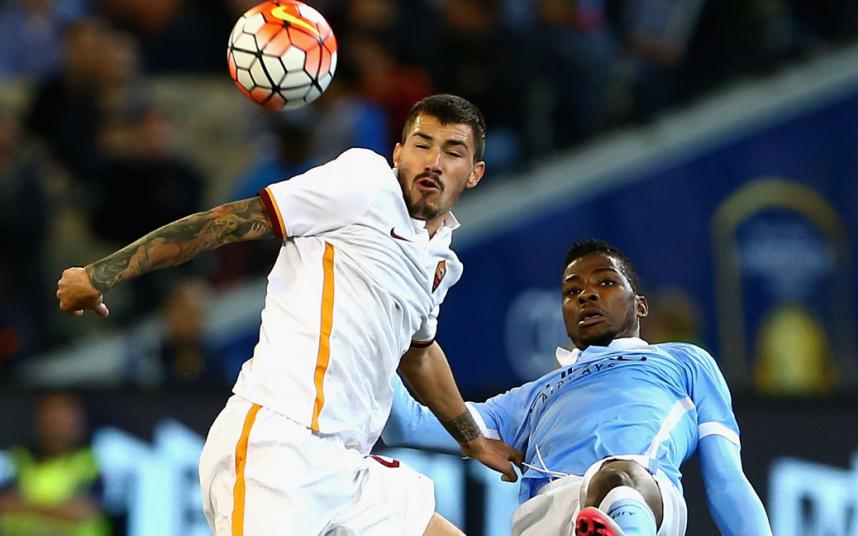 Arsenal move into pole position to sign £25m-rated Roma centre-back Alessio Romagnoli after his proposed move to AC Milan stalled, according to the Express.

Arsene Wenger has been extremely quiet in the transfer market this summer with Petr Cech our only significant acquisition so far but it looks as though the boss is still actively seeking new arrivals.

We’ve been linked with a number of central defenders over the past few weeks but one name who appeared to emerge as a prime target was Romagnoli with the Metro reporting last month that Roma Sporting Director Walter Sabatini had flown-in to London to hold talks over a potential deal.

The speculation had gone quiet over the last fortnight and it looked as though Wenger had passed up the opportunity to sign the 20-year-old with rumours suggesting he was heading to AC Milan.

However, the Express claim today that we are back in the chase for Romagnoli’s signature as AC Milan have announced on their official television channel that the deal has stalled, opening the door for Arsenal to move in and renew their interest.

The newspaper says that the Italian giants have seen their £20m offer rejected and are unwilling to match Roma’s £25m asking price, but there is no indication as to whether Arsene will be prepared to pay that kind of money for the youngster either.

My opinion is that it’s highly unlikely the boss will spend that amount of money on a player who will essentially be a back-up central defender, but I suppose you never know. If he rates him highly enough, he might be willing to push the boat out.

Romagnoli has been with Roma his entire career and came through the youth ranks before breaking into the first team set-up in 2012. He’s now developed into one of the most highly rated young defenders in Italian football after enjoying an excellent season on loan at Sampdoria last year and is a regular in the Italian U-21 set-up.

The defender certainly sounds like he has a bright future ahead of him but with Per Mertesacker, Laurent Koscielny and Gabriel already on the books and Calum Chambers also earmarked as a future centre-back, I question whether we need to spend big on another option in the middle of defence this summer.

I personally feel we should be using our funds to target a big-name striker and another defensive midfielder, but it looks as though Wenger will only strengthen those areas if one of his top targets become available over the course of the next few weeks.