Liverpool boss Brendan Rodgers has revealed an injury blow and given an update on Daniel Sturridge and Jon Flanagan ahead of Sunday’s clash at Stoke. 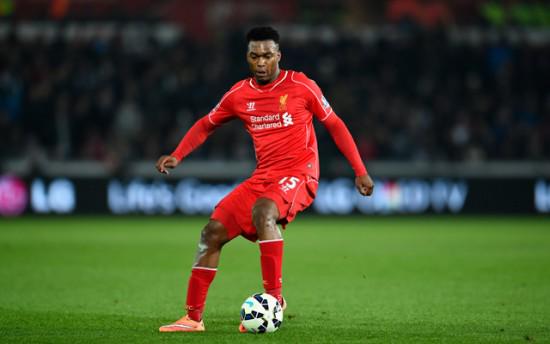 Liverpool kick the new Premier League season off on Sunday afternoon when they take on Stoke City at the Britannia Stadium.

Ahead of the game, manager Brendan Rodgers has been speaking to the media at his pre-match press conference this afternoon and has given Liverpoolfc.com a team news and injury update.

The Northern Irishman confirmed an early-season injury blow with Joe Allen facing up to four weeks out due to an injury that he picked up last weekend.

Allen was forced off with a hamstring problem during a friendly win over Swindon Town on Sunday and it appears the Welsh international is now facing a spell on the sidelines.

Rodgers had better news regarding the recovery of Daniel Sturridge with the striker seemingly ahead of schedule having undergone hip surgery towards the end of last season.

The striker was initially expected to be out until around November but it looks like his rehabilitation is going well as Rodgers revealed today that he could be back in early September.

There was also a positive update on Jon Flanagan with the Liverpool boss confirming the defender is working hard to return from his latest knee injury before Christmas.

“He’ll [Allen] probably miss three to four weeks, which is disappointing. He certainly won’t be available for the weekend.”

“The great news with Jon is that he’s working really well and is on target to come back just before Christmas, which would be great news for the squad,”

“Daniel will hopefully be back towards the beginning of September – he’s working very hard.”

It will be a major boost for Liverpool to have Sturridge back ahead of schedule. The Merseysiders have strengthened their attack this summer but Sturridge is still a top class striker when fit and he’ll be a major asset if he can steer clear of injury this season.

However, in his continued absence, summer signing Christian Benteke is set to make his competitive debut against Stoke on Sunday afternoon with the Belgian international expected to lead the line at the Britannia.