United boss Louis van Gaal achieved his goal of finishing in the top four last season but I think the Red Devils will be aiming a little higher this year after another summer of heavy spending.

The Dutchman has been extremely busy in the transfer market so far with Memphis Depay, Matteo Darmian, Bastian Schweinsteiger, Morgan Schneiderlin and Sergio Romero all arriving so the pressure is on to mount a serious title challenge – although they are only considered as fourth favourites by many leading bookmakers.

Tottenham have also been active in the window with Mauricio Pochettino strengthening his defence with the signings of Kevin Wimmer, Kieran Trippier and Toby Alderweireld after the North Londoners shipped 53 league goals last season.

Despite their dodgy back-line, Spurs pipped Liverpool to fifth on the final day of the campaign but Pochettino will be hoping to go one better this year and break into the top four.

A positive start at Old Trafford would give them a huge confidence boost but Tottenham will also be looking to avenge last seasons disappointing 3-0 defeat to United.

van Gaal has confirmed he will leave No.1 goalkeeper David De Gea out of the squad as he feels the Spaniard isn’t in the right frame of mind due to all the speculation over his future.

The Dutchman will therefore has to decide between Sergio Romero or Sam Johnstone but the youngster could get the nod after impressing in pre-season.

Midfielder Schweinsteiger is also set to miss out on making his competitive debut as he’s still lacking match fitness and he’ll be joined on the sidelines by defender Marcos Rojo as he too is still not considered ready after returning to pre-season late.

Tottenham will hand a late fitness test to Hugo Lloris after he made his return from a wrist injury in midweek, but Pochettino has hinted the Frenchman will just be short of fitness.

Roberto Soldado, Ryan Mason and Andros Townsend are all also facing late tests but none of the trio are expected to start tomorrow. 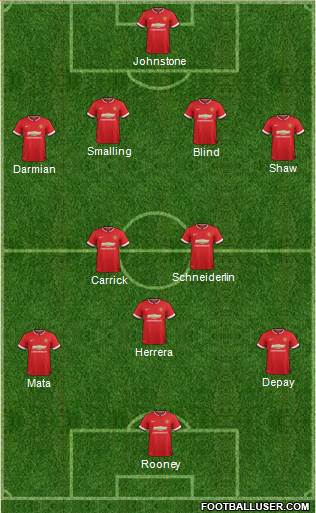 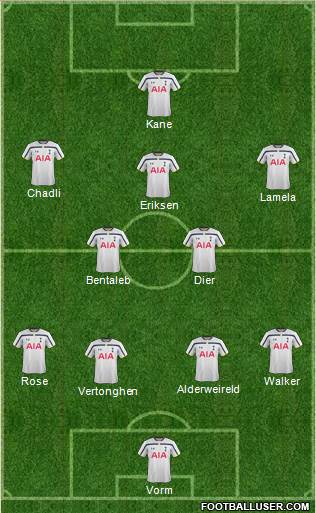 Manchester United 2-1 Tottenham: Spurs have a decent recent record at Old Trafford having won two of their last three visits but I have a feeling United are just going to edge this one tomorrow. van Gaal’s men have looked decent in pre-season and I think we’ll see the hosts win by the odd goal.

Manchester United are the 4/6 favourites to win the game and my prediction of 2-1 win is available at odds of 15/2. I also like the look of Wayne Rooney to open the scoring at odds of 7/2, and if we combine that with a 2-1 win in a score-cast, then we get very tempting odds of 18/1.