Chelsea will begin the defence of their Premier League title when they welcome Swansea City to Stamford Bridge on Saturday evening.

The Blues cruised to the title last season having finished eight points clear of second-placed Manchester City but I’m sure Jose Mourinho is expecting a tougher time this year.

The West Londoners preparations haven’t gone according to plan as they failed to win a single pre-season game and lost 1-0 to Arsenal in the Community Shield last weekend, but no doubt Mourinho has his players geared up for battle this weekend.

The Portuguese coach has been relatively quiet in the transfer market this summer with Asmir Begovic and Radamel Falcao his only two notable signings so far but they still boast a formidable squad.

Swansea arrive in the capital looking to build on what was an excellent season for Garry Monks men which saw them finish eighth in the Premier League last year.

The Welsh outfit drew four and won just one of their pre-season games but I’m sure they will be right up for this game with January’s 5-0 humiliation to Chelsea still fresh in the memory.

Chelsea will hand a late fitness test to striker Diego Costa as he continues to nurse a troublesome hamstring injury that saw him miss last weeks’s Community Shield loss at Wembley.

I don’t expect the Spaniard to be risked from the start so Radamel Falcao could lead the line up front after Loic Remy’s disappointing outing last weekend.

Swansea striker Bafetimbi Gomis is expected to start up front after showing no signs of discomfort following his return to action from a hamstring injury last week.

Andre Ayew is set to make his competitive debut for the Swans while fellow summer signings Kristoffer Nordfeldt, Tabanou and Eder could all start on the bench. 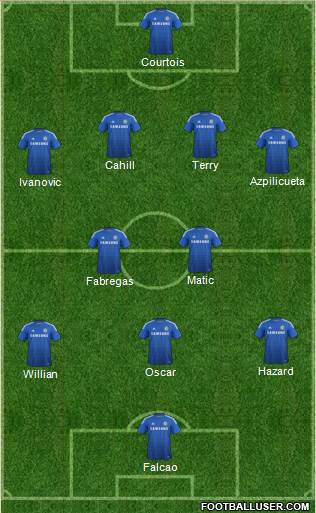 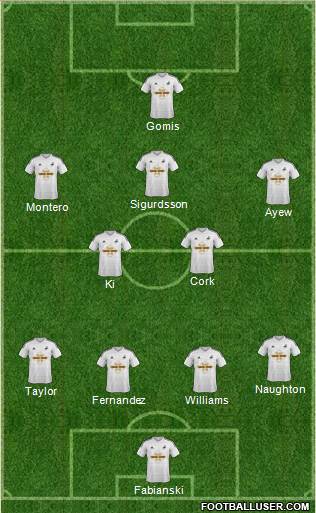 Chelsea 2-0 Swansea: The Blues have yet to hit top form in pre-season but the real football starts now and I think the defending champions will step it up a gear and ease to victory tomorrow evening. Swansea will no doubt put up a good fight this time around but a home win is on the cards.