With the summer transfer window in full swing, managers are working hard trying to strengthen their squads for the new season so we’ll bring you all the news and gossip. Today, Arsenal eye a move for Edinson Cavani…. 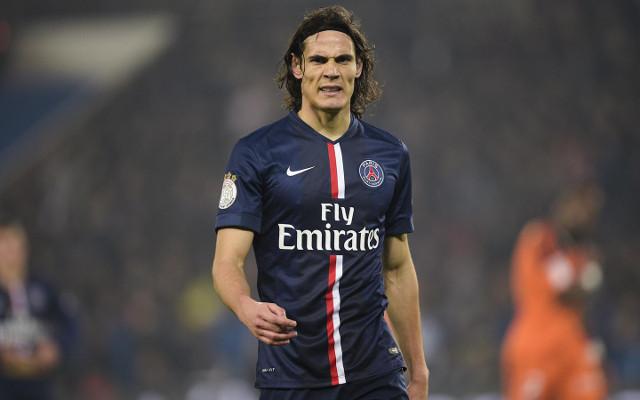 Arsenal are lining-up a move for Manchester United target Edinson Cavani as doubts grow over their pursuit of Real Madrid striker Karim Benzema, according to the Express.

Arsene Wenger is being widely tipped to bring in another striker before the transfer window closes and the North Londoners need for a world class front-man was highlighted once again during a shock 2-0 defeat to West Ham on Sunday.

Karim Benzema has been strongly linked with a move to Arsenal in recent weeks but the Mirror are reporting today that a deal is in doubt as Wenger is reluctant to meet Real Madrid’s asking price.

It appears the French boss is now eyeing alternative targets as the Express are citing reports coming out of Spain which claim Arsenal are lining-up a bid for Edinson Cavani should their proposed move for Benzema continue to stall.

The Uruguayan international joined Paris Saint-Germain two years ago but has been forced to spend the majority of his time out on the wing and it’s led to speculation that he’s not happy with life at the Parc des Princes.

Manchester United have been heavily linked with the 28-year-old again this summer with the Guardian reporting last month that Louis van Gaal was keen to lure the striker to Old Trafford.

United are in desperate need for another front-man after selling Robin van Persie to Fenerbache and rejecting the chance to make Radamel Falcao’s loan move permanent and Cavani would have been another big-name addition for the Manchester giants.

It looks like United could now face competition from Arsenal for Cavani’s signature and he’d be an excellent addition for either club as despite spending much of his time out wide, he still managed to score 31 goals in 53 games to help PSG secure the domestic treble last season.

However, it remains to be seen whether PSG will even entertain selling the South American hitman this summer. They are under no pressure to sell as they don’t need the money so unless Cavani pushes for the move, I personally don’t see any deal happening.