With the summer transfer window in full swing, managers are working hard trying to strengthen their squads for the new season so we’ll bring you all the news and gossip. Today, more on the future of Denis Cheryshev….. 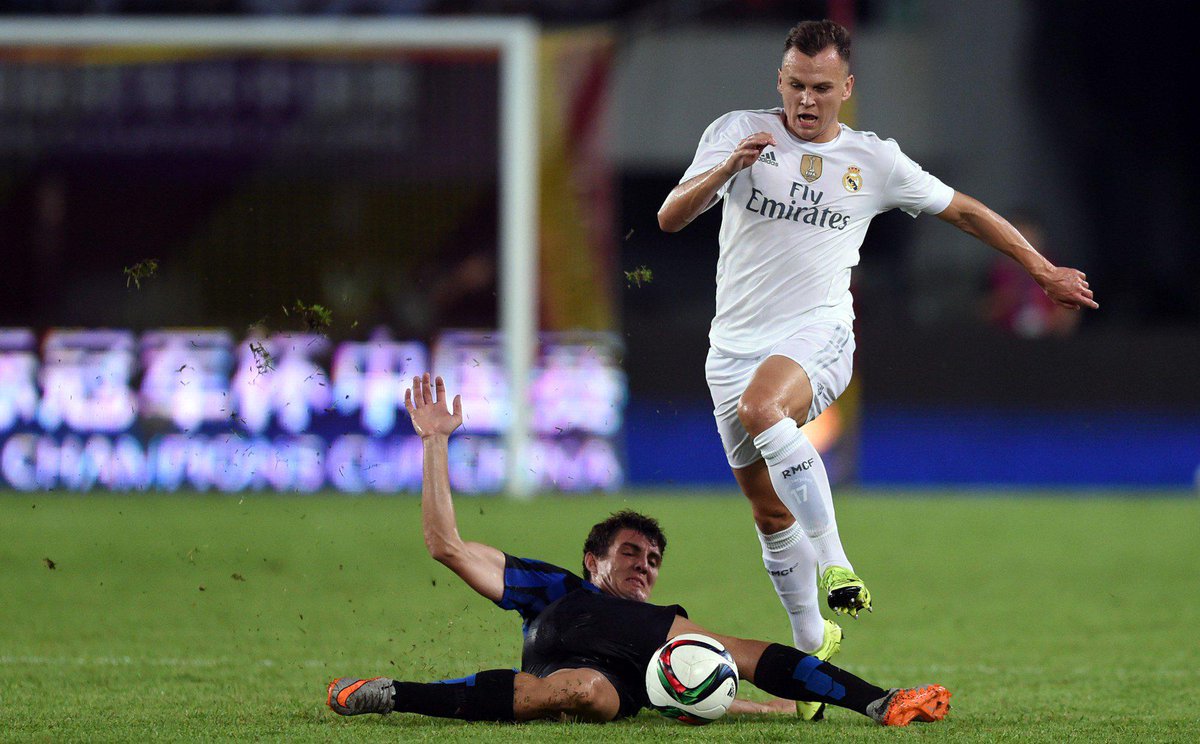 Arsenal are eyeing a bid for Liverpool target Denis Cheryshev with the attacker reportedly ready to quit Real Madrid following showdown talks with the Spanish giants, according to the Mirror.

Cheryshev joined Madrid when he was a teenager and progressed through the youth ranks before going on to score 22 goals in 109 appearances for the B team between 2008 and 2012.

However, the Russian international has failed to force his way into the first team set-up and was sent out on loan to Sevilla and Villarreal over the past two years just to get some regular first team football under his belt.

The 24-year-old has been tipped to finally make a permanent move away from the Bernabeu this summer as he’s facing an uncertain future under new boss Rafa Benitez with a whole host of big-name stars well ahead of him in the pecking order.

It appears he’s now ready to resolve his future at Madrid once and for all as the Mirror are citing a report from AS which claims that Cheryshev has held showdown talks with the Spanish giants and is now keen to find a new challenge this summer.

This news is likely to have alerted Liverpool as the Express reported earlier this month that the Merseysiders have put a £14.7m offer on the table for the winger’s services as Brendan Rodgers looks to further strengthen his attack following Raheem Sterling’s exit.

However, Arsenal have also been strongly linked with a move for Cheryshev in recent weeks and the Mirror claim that the Gunners could now be about to submit a bid in excess of £15m – which would trump Liverpool’s offer.

Arsene Wenger is under increasing pressure to spend after their shock defeat to West Ham and while Cheryshev wouldn’t solve the North Londoners problems at the back, he would give them another dangerous option in attack.

The Russian is predominantly a left-winger but can also play on the right if needed so he’d give Arsenal or Liverpool some useful options in the final third if he was to make the move to either club.

We’ll have to see how things develop over the coming days but it appears if Cheryshev is keen for a new challenge, he could have two of England’s biggest club’s ready to offer him a fresh start in the Premier League.