Manchester United will look to maintain their 100% start to the new Premier League season when they take on Aston Villa at Villa Park tonight.

The Red Devils secured a narrow 1-0 victory over Tottenham Hotspur on the opening day of the new season thanks to an own goal midway through the first half from Kyle Walker.

The performance probably wasn’t what manager Louis van Gaal was hoping for but United got the three points and that’s all that matters at this stage of the season.

Villa also edged a close game against newly-promoted Bournemouth with Rudy Gestede netting the winner on his debut to earn a 1-0 win on the South Coast.

The last time Villa beat United at home was way back in 1995 and they’ve gone on to lose 12 and draw 7 of of the last 19 games at Villa Park, so I’m sure Tim Sherwood will be desperate to give the fans something to shout about this evening.

van Gaal has confirmed that David De Gea will continue to be left out of the squad while his future at the club remains in the balance so Sergio Romero is expected to continue in goal.

Phil Jones has been ruled out with thrombosis while Marcos Rojo will still not be considered due to a lack of match fitness.

Marouane Fellaini continues to serve his suspension while Bastian Schweinsteiger may come in to make his first competitive start with Michael Carrick possibly rested.

Villa will be without Jack Grealish as he continues to nurse a hamstring injury so he joins Carles Gil and Jores Okore on the sidelines.

Sherwood is likely to keep Gestede on the bench despite his winner last week but Idrissa Gueye, Jordan Amavi, Jordan Ayew, Jordan Veretout and Micah Richards are also set for their home debuts. 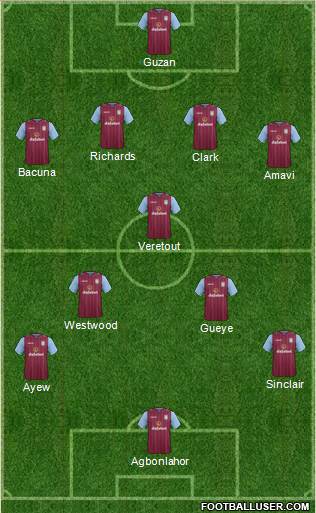 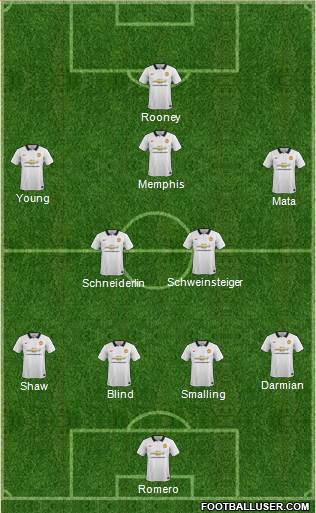 Aston Villa 1-2 Manchester United: United weren’t at their best last week but neither were Villa and I think van Gaal’s men will just edge this one tonight. They have an excellent record at Villa Park and I have a feeling they’ll take home the three points….just.

Manchester United are the 8/11 favourites to win the game but Football-Talk can get new customers enhanced odds of 5/1 on United taking home the three points. My prediction of 2-1 win is available at odds of 8/1, and I also like the look of Wayne Rooney to open the scoring at odds of 18/5. If we combine that with a 2-1 win in a score-cast, then we get very tempting odds of 20/1.