Arsenal take on London rivals Crystal Palace on Sunday afternoon. Here is the side Gooner Mac thinks Arsene Wenger will select for the game: 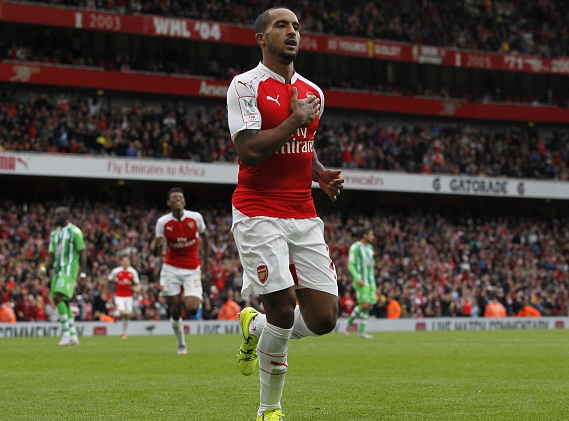 Arsenal will be desperate to bounce back from last weeks disappointment when they take on Crystal Palace on Sunday afternoon. Here is the side Gooner Mac thinks Arsene Wenger will select for the game:

Goalkeeper: Petr Cech endured a miserable competitive debut last week with the Czech international at fault for both goals during our loss to West Ham but I don’t think there’s any reason to think he won’t be back between the sticks on Sunday, and I think he’ll put in a fine display this weekend.

Defence: Wenger confirmed today that Hector Bellerin is back in contention after recovering from a knock so the Spaniard could come back in to replace Mathieu Debuchy at right-back.

Otherwise I think we’ll see the same defence that faced the Hammers with Laurent Koscielny and Per Mertesacker in the middle, and Nacho Monreal at left-back – although Kieran Gibbs is pushing fro a recall.

Midfield: The boss surprisingly broke up the successful partnership of Santi Cazorla and Francis Coquelin last Sunday with Aaron Ramsey coming in to the centre of the park. This saw Santi moved out wide for much of the game. It didn’t work in my opinion but I wouldn’t be surprised if the boss continues with this formation tomorrow.

Jack Wilshere is already back in training following his ankle injury but this game will come too soon.

Attack: Alexis Sanchez is back in contention after getting a full weeks training under his belt but I still think it’s a little early for him to start. As previous stated, I think we’ll see Cazorla on the left with Mesut Ozil in the No.10 role behind the striker.

Alex Oxlade-Chamberlain could make way for Theo Walcott on the right with Olivier Giroud continuing to lead the line up front. Danny Welbeck remains out with a knee injury. 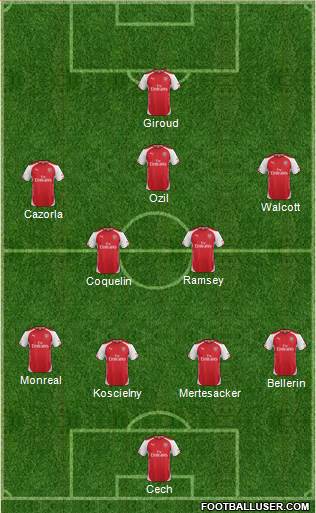