Liverpool take on Bournemouth at Anfield on Monday night. Here’s a preview with team news, likely line-ups, betting tips and predicted score for the game.

Liverpool play their first home game of the new Premier League season when they entertain newly-promoted Bournemouth at Anfield tonight.

Brendan Rodgers men got their campaign off to the perfect start with a narrow 1-0 victory over Stoke City last weekend with Philippe Coutinho netting a superb late winner.

The Merseysiders will therefore be hoping to maintain their 100% record tonight with several of their summer signings set to make their Anfield debuts wearing the famous red shirt.

However, Bournemouth are sure to provide a tough test as Eddie Howe’s side get set to play their first ever Premier League away game following their promotion to the top flight.

The South Coast club stormed to the Championship title last season but they know it’s going to be a different story this campaign and that was made clear following a disappointing loss at home to Aston Villa last weekend.

Liverpool have no fresh injury worries to contend with but Rodgers could hand Roberto Firmino his full debut after he scored a hat-trick in a behind-closed-doors friendly in mid-week.

Emre Can could also get a recall in midfield after playing in that game but the likes of Danny Ings, Mamadou Sakho and Kolo Toure are expected to continue on the bench.

Daniel Sturridge is working his way back to full fitness following hip surgery but he’ll miss out tonight along with Joe Allen and John Flanagan.

Bournemouth could hand Max Gradel a start after he came off the bench against Villa last week but midfielder Harry Arter is likely to miss out again with a groin injury.

Christian Atsu and midfielder Shaun MacDonald could return to the squad after recovering from minor injuries. 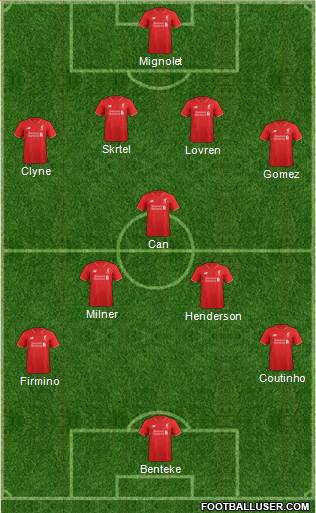 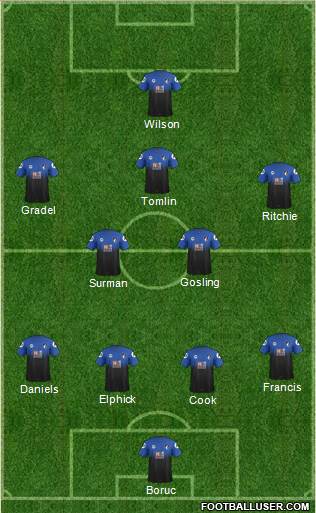 Liverpool 2-0 Bournemouth: This is a big step up for Bournemouth and while I think they’ll give a good account of themselves, I think Liverpool will ease to victory in the end.

Liverpool are understandably the heavy 1/2 favourites to win the game but Football-Talk can get new customers enhanced odds of 4/1 on the Reds taking all three points. My prediction of 2-0 win is available at odds of 13/2, and I also like the look of Jordan Henderson to open the scoring at odds of 11/1. If we combine those bets in a score-cast, then we get very tempting odds of 40/1.