Chelsea will be hoping to continue their climb up the Premier League table when they entertain Crystal Palace at Stamford Bridge on Saturday afternoon.

The defending champions took just one point from their opening two games but picked up the full three points with a 3-2 win over West Bromwich Albion last weekend.

Jose Mourinho will be keen to build on the performance at the Hawthorns and will be desperate not to fall any further behind the early pace-setters, so victory at the Bridge will be vital tomorrow.

However, it won’t be an easy game as Palace have started the new season extremely well having taken six points from their three outings so far, so Alan Pardew will be hoping to come away with a positive result from their London rivals.

Chelsea will be without captain John Terry after his sending off against WBA so Kurt Zouma is set to come in alongside Gary Cahill at the back.

Oscar should return to the squad after recovering from a minor knock while Brazilian attacker Kenedy could be among the 18 after completing his move to Chelsea.

Yannick Bolasie is back in contention after missing Palace’s midweek Capital One Cup win following the death of his father but it remains to be seen whether he’ll be in the right frame of mind to start.

Midfielder Mile Jedinak is out for up to three weeks with a hamstring injury so he joins Julian Speroni, Marouane Chamakh and Frazier Campbell on the sidelines. 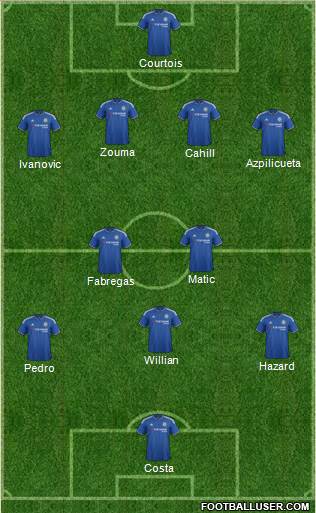 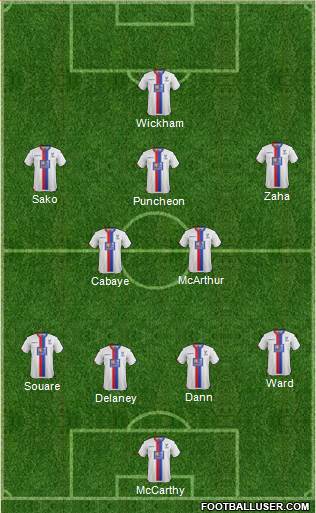 Chelsea 2-0 Crystal Palace: Chelsea have made a stuttering start to their title defence and although Palace have continued where they left off last year, I still expect the hosts to take home the three points.

Chelsea are the heavy 4/11 favourites to win the game and my prediction of 2-0 is available at odds of 6/1. I also like the look of Eden Hazard opening the scoring at 9/2 and if we combine that with a 2-0 home win in a score-cast then we get some very tempting of 18/1.