Papy Djilobodji has taken to Instagram to pose with his new Chelsea shirt after completing his move to Stamford Bridge from Nantes on deadline day. 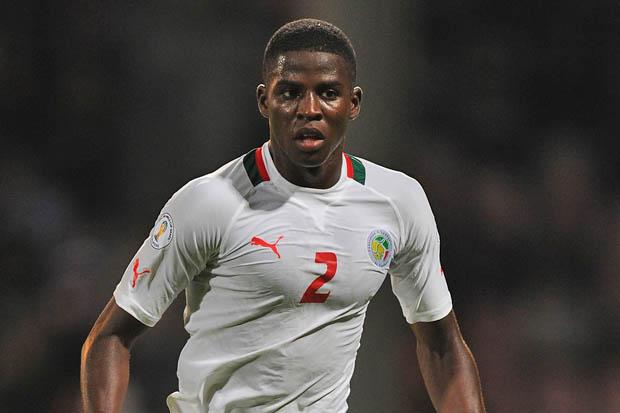 Papy Djilobodji has taken to Instagram to pose with his new Chelsea shirt after completing his move to Stamford Bridge from Nantes on deadline day.

News broke late on Monday night that the Premier League champions were in negotiations with the French outfit over a surprise deal for Djilobodji as Jose Mourinho looked to strengthen his defensive options before the window slammed shut.

The deal was wrapped-up relatively quickly and Chelsea announced on Chelseafc.com on Tuesday afternoon that they had snapped-up the powerful centre-back on a four-year contract.

Djilobodji has now taken to Instagram to pose with his new shirt and tell his followers how proud he is to have joined Chelsea and says he can’t wait to get going with his new club.

No official fee was released by either club but the BBC claim the deal is believed to be worth around £4million and Djilobodji became Chelsea’s sixth major signing of the summer transfer window.

His signing was quickly followed by Michael Hector who arrived from Reading but the defender was loaned back to the Championship outfit for the remainder of the season, so it looks like Mourinho has more immediate plans for Djilobodji.

I personally don’t think the Senegalese international will break into the first team any time soon as he’s got the likes of John Terry, Gary Cahill and Kurt Zouma to contend with but I’m sure he’ll learn a lot from his new team mates over the coming months before really pushing for a place next season.