With the summer transfer window now closed for business, it’s time to start looking at those deals that failed to get over the line and those which are being lined-up for the future. Today, Nabil Fekir dreams of playing for Manchester United…. 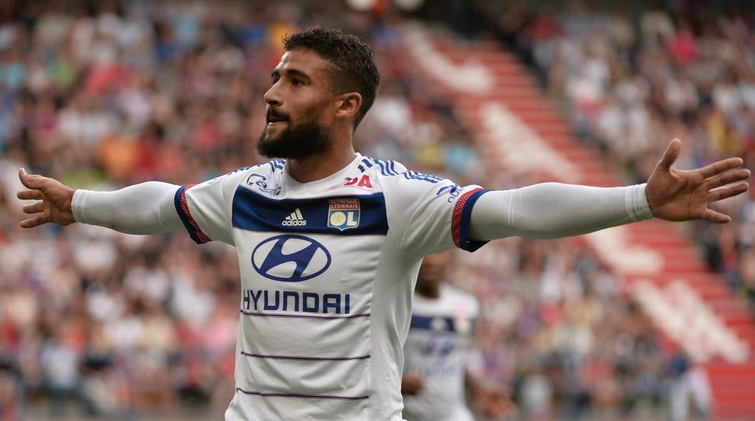 Arsenal and Liverpool have received a major blow in their pursuit of Nabil Fekir as the Lyon attacker has revealed his dream is to join Manchester United, according to the Daily Star.

Fekir has emerged as one of the hottest talents in French football after enjoying a stunning season with Lyon last year that saw him score 15 goals and provide 13 assists in 39 appearances for the Ligue 1 outfit.

His impressive form has led to interest from the Premier League with the Daily Star claiming that Arsenal and Liverpool are among the clubs keeping a close eye on the 22-year-old.

The newspaper says that Arsene Wenger and Brendan Rodgers have both been tracking Fekir’s progress in recent months and have shown a keen interest in luring him to England.

However, the pair have received a blow as the French international has now revealed that his dream is to join Manchester United and he hopes another good season in France will secure a move to Old Trafford.

Fekir is quoted as saying by the Daily Star:

“Why can’t I one day play for Manchester [United]? This is the club of my dreams,”

“I am not there yet. I must have a good season with Lyon and then we’ll see.”

This admission comes shortly after Fekir had confirmed last month that he wants to work hard to replicate his form of last season with the aim of securing a move abroad.

“This season I have to back up what I have done,” Fekir is quoted as saying by the Daily Star

“I have to do everything I can to continue progressing.

“There is also the Champions League. I want to give back to OL what the club has given me.

“To be frank, I would prefer an experience overseas after OL.”

The youngster is certainly a fine talent and it’s no surprise that the likes of Arsenal and Liverpool are understood to be sniffing around, but it appears the player has his eye on a move to Man Utd.

Fekir has been central to Lyon’s team over the past 12 months with Hurbert Fournier playing him in a central attacking midfield role behind Alexandre Lacazette, but they may have trouble hanging on to him for too much longer if he continues to impress.

It remains to be seen whether Louis van Gaal will show any interest in Fekir but I’m sure he may be tempted if the Frenchman puts in another impressive season at Lyon, and I think the youngster would prove to be an excellent addition.