Manchester United are already working on a sensational deal to sign Chelsea target Raphael Varane from Real Madrid next year, according to the Express.

With the summer transfer window now closed for business, it’s time to start looking at those deals that failed to get over the line and those which are being lined-up for the future. Today, Man Utd are linked with Raphael Varane…. 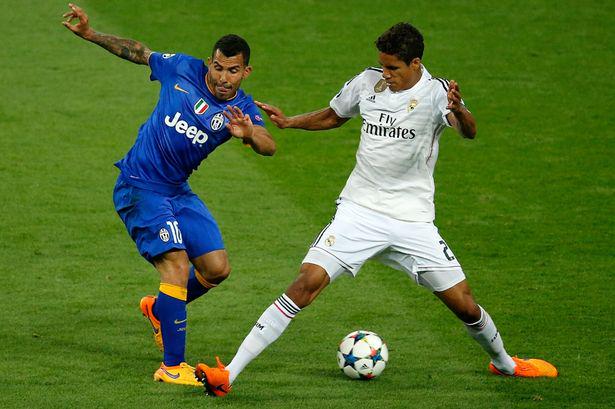 Manchester United are already working on a sensational deal to sign Chelsea target Raphael Varane from Real Madrid next year, according to the Express.

United were extremely busy in the summer transfer window with Louis van Gaal splashing out on six new signings with the likes of Morgan Schneiderlin, Memphis Depay and Anthony Martial all arriving in big-money deals.

But van Gaal still missed out on several other well-known targets with a centre-back understood to be a key position that the Dutchman failed to strengthen during the summer months.

Sergio Ramos was strongly linked with a move to Old Trafford at one stage and Real Madrid president Florentino Perez claimed earlier this week [via the Mirror] that United had also made an enquiry for Raphael Varane.

It looks like van Gaal is renewing his interest in the centre-back as the Express are citing reports coming out of France that claim United are already working on securing what would be a sensational deal for Varane.

It’s not clear whether the Red Devils are looking to bring the French international in during the January window or next summer as all the newspaper report says is they are lining-up up a move ‘next year’.

However, United are sure to face some stiff competition if Madrid agree to cash-in and the Express claim that Chelsea are also showing a keen interest in signing the 22-year-old.

Jose Mourinho knows Varane well from their time together at the Bernabeu and it was the Portuguese coach who in fact signed the defender from Lens in 2011 when he was in charge at Madrid.

Obviously Varane would be an excellent signing as he’s developed into one of the best central defenders in European football over the past couple of years but I think they’ll find it hard persuading Madrid to sell.

Varane is under a long-term contract and has shown no sign of discontent in the Spanish capital, so I personally don’t think we’ll see them cashing-in on his signature any time soon.

However, even if the La Liga outfit do agree to sell, United may have their work cut out persuading them to do business after the David De Gea fiasco, so relations between the two clubs may have to be repaired before any potential deal for Varane could take place.