Jordan Henderson has been snapped posing for a photo with Dr John Cozzarelli after undergoing a procedure on his troublesome heel injury in the United States.

Liverpool skipper Jordan Henderson has been snapped posing for a photo with Dr John Cozzarelli after undergoing a minor procedure on his troublesome heel injury in the United States.

Henderson has missed Liverpool’s last three Premier League matches after being forced off during the Merseysider’s 1-0 victory over Bournemouth at Anfield last month.

Brendan Rodgers had pencilled the midfielder in to return after the recent international break but the injury was proving difficult to shift so Henderson flew out to the United States on Monday to see orthopedic specialist Dr John Cozzarelli in New York.

The doctors son, Marc Cozzarelli, caused a stir on social media after uploading a photo of Henderson posing for a photo with his father and claiming that he had performed ‘surgery’ on the midfielder. You can see a screenshot of the tweet below.

Liverpool fans were concerned that their captain was now facing an extended spell on the sidelines, however, it appears the panic has been sort-lived.

According to Sky Sports News, the 25-year-old underwent a minor procedure that involved receiving a series of injections into his heel but there was NO surgery involved and Henderson is now understood to be travelling back to the UK.

There is still no suggestion as to how long Henderson will be out for and much will depend on how the heel recovers following the injections, but the player should be back in action a lot sooner than if he had undergone surgery. 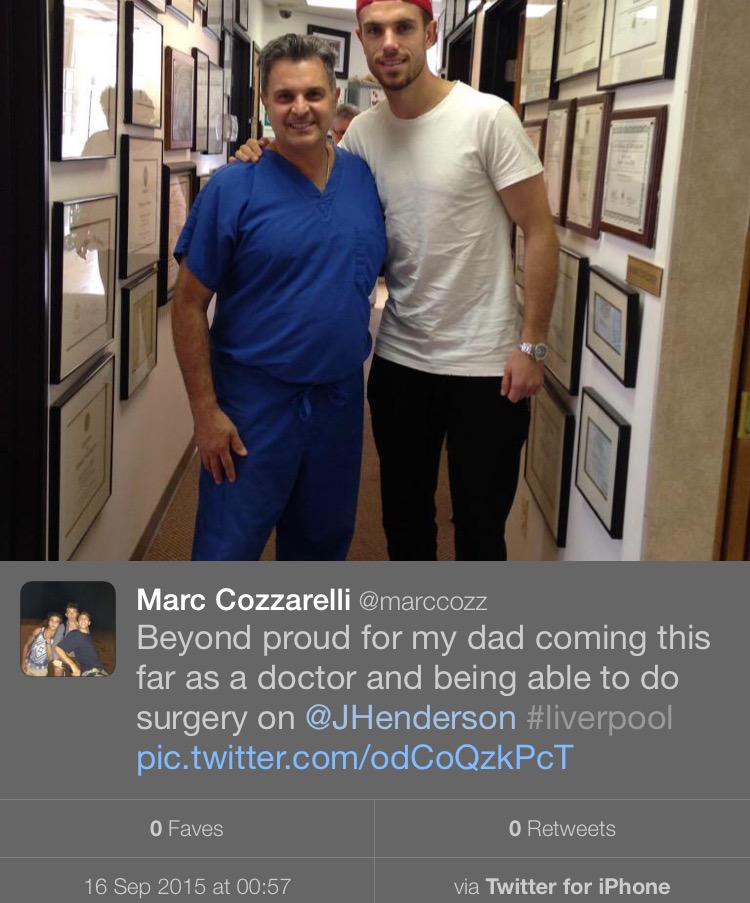