Liverpool will get back to Premier League action when they take on Norwich at Anfield on Sunday afternoon. Here’s a preview with team news and prediction

Liverpool will get back to Premier League action when they take on Norwich City at Anfield on Sunday afternoon.

The Reds have endured a disappointing start to the new campaign and head into the game tomorrow sitting 14th in the table following back-to-back defeats to West Ham and Manchester United.

Brendan Rodgers men were also held to a 1-1 draw by Bordeaux in their Europa League group stage match on Thursday making it four games without a win, so the Merseysiders will be keen to get back on track tomorrow.

However, Norwich will be no pushovers as Alex Neil’s side have began the season in solid fashion and come into the match sitting just above Liverpool in the table – although they are searching for their first win at Anfield in over 20 years.

Liverpool forward Daniel Sturridge is expected to return to the squad for the first time since undergoing hip surgery back in April. The striker is likely to be on the bench with the hope of getting on at some point in the second half.

However, captain Jordan Henderson has been ruled out for around 2 months after breaking a bone in his foot in training this morning.

Rodgers is set to recall a number of first team players after resting several of his key men in midweek. The Northern Irishman could also stick with a 3-4-2-1 formation after trying it out against Bordeaux.

Norwich welcome back striker Lewis Grabban for the game after he returned to training this week but Andre Wisdom can’t face his parent club due to the terms of his loan.

Gary Hooper and Youssouf Mulumbu are out with ankle and foot injuries respectively. 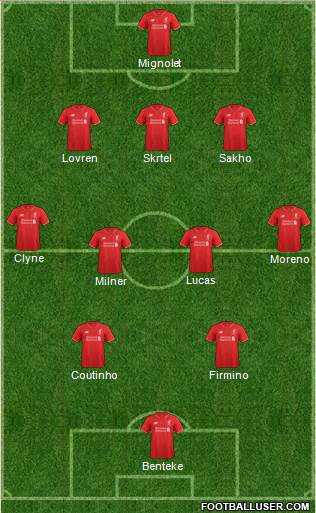 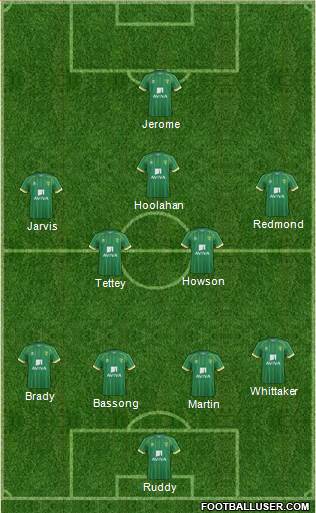 Liverpool 2-1 Norwich: Liverpool shouldn’t feel the effects of Thursday’s Europa League outing too much as several players were left back in Merseyside to rest. Norwich have a terrible recent record at Anfield and although I think this may be a close game, I expect the hosts to secure the three points.

Liverpool are the 13/20 favourites to win the game but Football-Talk can get you enhanced odds of 4/1 on a home victory. My prediction of 2-1 is available at odds of 15/2 while I also like the look of Christian Benteke to open the scoring at 10/3. If we combine those two bets in a score-cast, then we get very tempting odds of 18/1.